Fancy on a budget

You'd be getting a pretty minimal retail package from the Redmi 4 Prime, but that's all you can expect at this price point, not to mention that Xiaomi doesn't bundle headphones even with its flagship models.

Bare minimum in the box

Anyway, inside the box you'll find the phone itself, a microUSB cable and an AC adapter with a 5V/2A output. That's it.

The Redmi 4 Prime measures 141.3 x 69.6 x 8.9mm - precisely as wide as the Redmi Threes, but marginally taller and thicker. It's also gotten heavier by some 12g and now tips the scales at 156g. That seems to be a direct consequence of the more premium build, as battery capacity hasn't been increased.

Is that a Huawei Mate 9 mini we have here? Actually, more like a Mate 8 mini looking at that single circular camera window. Well, no - while the resemblance is uncanny, the Mi badge quickly puts all such thoughts to rest. 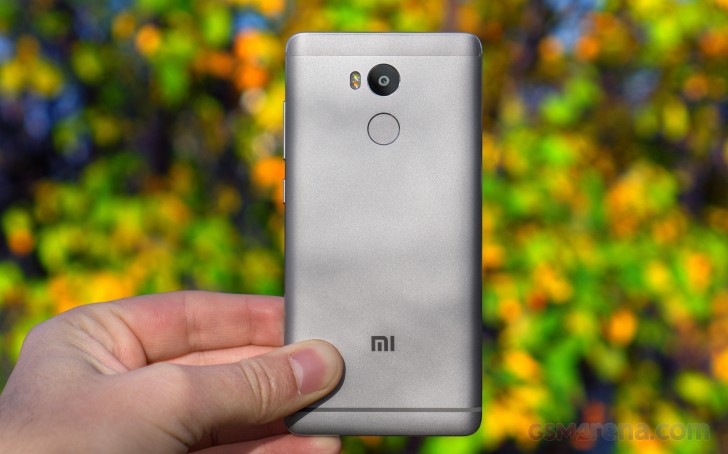 With the brand identity cleared up, and if the Mate reference wasn't enough of an indication, let's just say that the Redmi 4 Prime is one premium-looking device - especially considering its price, but also in absolute terms.

The satin-finished metal back, the polished chamfers of the frame, the very slight curve of the 2.5D glass - it's everything you'd expect to find on a device costing 3 times as much, at least. And let's not forget that the 4 Prime shares the same body with the Redmi 4, which is even more affordable.

Now, it's not perfect, and we found details (one, to be precise) to complain about, but that's just because the Redmi 4 Prime raises the bar so high overall that we had to look deep so that we could justify the price premium of owning a higher-end phone. Here it is - running your fingertips alongside the top antenna band you can feel the joint between the plastic strip and the metal panel. That's it, the bottom band is smooth and seamless. 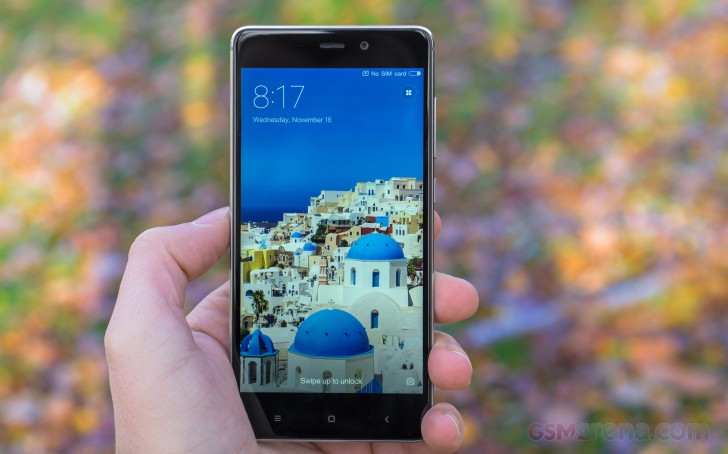 The back is home to the primary camera and the fingerprint sensor underneath it, both identically sized circles with a polished ring to match the frame chamfers. The fingerprint is nicely recessed, so you have a tactile clue where it's located. The camera doesn't protrude, in fact, it's ever so slightly recessed itself, hopefully adding a tiny bit of safety. There's a dual-LED dual-tone flash in this vicinity as well.

Flipping the phone over to look at its face you see the 5-inch display with capacitive keys under it - when there are sizable bezels we like to see them put to good use. The one on the top houses the earpiece in the center, sensors to the left, front-facing camera and notification LED to the right - nothing out of the ordinary. Unfortunately, the keys are not backlit.

5-inch display and some bezels on the front

The mechanical controls are limited to a power button and a volume rocker on the right side in what we consider the most user-friendly arrangement - power below volume. On the left is the card tray with one microSIM slot and one hybrid nanoSIM/microSD slot.

Controls on the right • Card slot on the left

Up top you'll find the 3.5mm headphone jack to one side, an IR emitter dead center and a secondary mic next to it. The bottom is home to the microUSB 2.0 port, loudspeaker and primary mic.

The phone is comfortable to handle - at 5 inches in diagonal, it's easy to operate with one hand, and there's a distinctly high-end feel to it. The back is, as most satin metal backs are, quite slippery so a case may be a wise investment.

Xiaomi Redmi 4 Prime in the hand

I have this phone from Nov 2016 until now. Now i just have a problem with storage and battery. overall this phone is awesome

I buy Xiaomi Redmi 2 at 2015, until now just have a broken battery, i change my battery and the phone was normal again, i think xiaomi redmi 4 prime, similar with redmi 2 prime, from details the body and design.