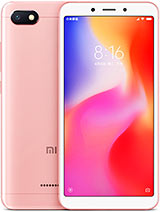 i have check cdma sim card on this phone but it couldn't support, is this support cdma sim ?

I've been using redmi 6a for 2 years, and its performance has dropped dramatically. the battery is no longer durable. Maybe I should buy a new smartphone.

why they use Snapdragon chipset,. they must use the international space station chipset

I have used this phone for over a year (I bought it at the 12th of February 2019), and it's been a really good phone since.

I bought the 2gb/16gb version and it runs really great.

But, There are also some bad things on my phone of course, such as :

- The screen sometimes acting up on it's own, but fortunately that rarely happens to me and it doesn't really bother me that much when that happened.

- The 2gb of ram definitely feels slow to use for an average multitasking.

- It doesn't have a gyroscope, but i guess it didn't really matter to me, because im not into VR stuff.

Other than that, it's a good phone because :

- The Camera is pretty much enough for daily uses.

- It runs great at some games, running at an average of 60 fps on games that doesn't really stress your phone.

Overall, this phone is good for doing tasks that i would usually do in a daily basis, and it's pretty much worth the price. But, don't expect much from a phone like this, since this is definitely an entry-level phone and not something that could randomly do 120 fps in a heavy game.

Hello.
1.In this device redmi 6a pubg is lagging to much.
2.in redmi device has no snapdragon we want it maximum of 360 of snapdragon in redmi 6a.
3.in this device there are to much of bugs and etc..
4.its battery drain fast and charging takes 4 hours.
5.i was better enjoying with my oppo reno..
6.redmi 6a is a worst mobile 👎👎😡🤬.

This is honestly my most favourite phone ever. For the price, it's unbelieveable. Loads of good things to say about this phone, like the camera (it's actually excellent and fully usable, and even better image quality than a lot of flagship phones that cost over 10 times more) and games on this phone (even intensive ones) run really smoothly (constant 60FPS on every one that I tried, including the Dolphin emulator), speaker quality is excellent and definitely better sounding than even phones like the HTC One M8!

As for battery life, I easily get 3 days of heavy use and about a week of light use! That's with the brightness turned all the way up!

So yeah, the Redmi 6A is definitely a phone I would recommend to anyone. You just can't beat such a good phone which has a price tag that low!

Sometimes my phone goes off by itself. Other times, when the screen light is off, it doesn’t go back on when I touch it.

Vishal Akbar, 30 Mar 2020You can install ROM only after bootloader is unlocked.You can, I used LOS some time, but an unofficial build, because this is MTK.. GSIs are bugged out af.

l bought that phone in June 2019. In January this year, the battery started to show signs of distress. Now in May, it works only when charged and turns off directly. lt is very annoying and frustrating as well. l am not happy that a purchase doesn't even last a full year.

Alpha centauri, 14 Apr 2020This phone is good but when your update to miui 11 it laggy... moreI have purchased Redmi 6A mobile phone in Big C at neradmet x road on 13/06/2019. It is good I enjoy the phone after 8 months from 26/06/2020. Onwards when I charging the battery 100%. after talking 15 to 30 minutes battery going to discharge coming to 50% and goinging to switch off phone automatic. again I have to charge there is no battery backup. Phone is under warranty due to covid 19 shop's are closed lockdown. When mobile data is on with in 5 mints phone is going to switch off. Inv.no : SI/NRMT/1773.

This phone is good but when your update to miui 11 it laggy .....when you play heavy games like Pubg,Mobile legends, issue because is mediatek not snapdragon like redmi 5 series