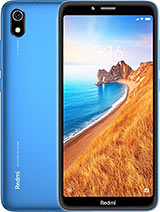 Actually. it is consistent. what i have discovered is its RAM has two types Samsung LPDDR4 and Hynix LPDDR3. i even wonder how a budget phone has a DDR4 found on a Flagships?. To be honest China version is smoother than global

I bought a second hand unit of this phone for $40, and its just perfect as a backup phone. I managed to unlock its bootloader without waiting time, and installed Custom ROMs such as PixelExperience and AOSPExtended, and both works great than MIUI.

jay, 04 Mar 2022i like this phone")yes if you're Chinese i can't use google play, google app store, and i can even install certain apps if i don't even know if this new update fixes the issues im having with this phone

ye its fine. its very laggy and randomly deletes your tabs, you can also only have 16. the actual memory is only 25 gb!!!!!!!!! dont recommend

My best phone ever!

Cris, 28 Oct 2021This phone is excellent with another ROM and its GCAM. Smal... moreGreat I own a global ROM
My next phone will be global Redmi another models available when am to buy.

bruh, 30 Oct 2021i think you might have gotten the china rom one cuz the glo... moreThis phone is far better, personally I own a global ROM it's very nice though the battery some times lasts before 12hrs of usage.
Redmi series are competitive to Samsung. Welcome to the global ROM.

Bought in 2020.. and still use in 2022.. im just use as basic phone.. just call, youtube, whatsapp, telegram, google chrome and mobile legend and watching movies.. still rocks.. loving it.. don't expect too high for entry phone..

Redmi 7a, the only downside for me is the storage, can't install many apps. If not for that, it would take years and years to give this cp up. Satisfied with the performance, I do all my money matters here, bank transactions, shopping, and selling! Fits my hands very well. Long battery life, when all my other cellphones gave up, yup! My son bought and used it for almost a year, hand it down to me in 2020 , been using it since then.

My advice for you is if you use the phone - install the DotOS ROM - it is relatively simple, can be found on XDA - first put TWRP for 64bit found in the rom topic and then simply install the zip containing the rom from their website. Afterwards, download TR camera (a gcam version) and it works just fine.


For the money and the time it's been out, it is a nifty little thing - if you like a little outdated devices, you will get surprising enjoyment from the usage of this device and the pictures with the trcamera are really nice.

Sin, 05 Jan 2022If it was not for the bloatware & malware on this smart... moreDo Research Before Buying. Plus There Is Custom ROM Out There To Debloat System Apps. Similar Chipset With 8a, SD 439 Is Great Low End.

Zidane, 02 Jan 2022It's my advice to this company that you should at firs... moreYou shouldn't have bought a nearly 3 year old phone that was already considered entry-level at launch.

It's my advice to this company that you should at first learn how to make a good phone then try to bluff people. Have you seen your SAR values. The camera quality sucks. The flash is just rubbish. Moreover, if you want to take a pic of a page with the flash on you will get a white pic just like a wall whte washed. Battery sucks. I just wasted my money.