The Redmi 9 may be one of the most affordable smartphones around, but it certainly doesn't look cheap. The new Redmi looks quite attractive, comes with a pleasant texture on the back, while the large screen has rather thin bezels. Overall, everything looks better than what the price might suggest. 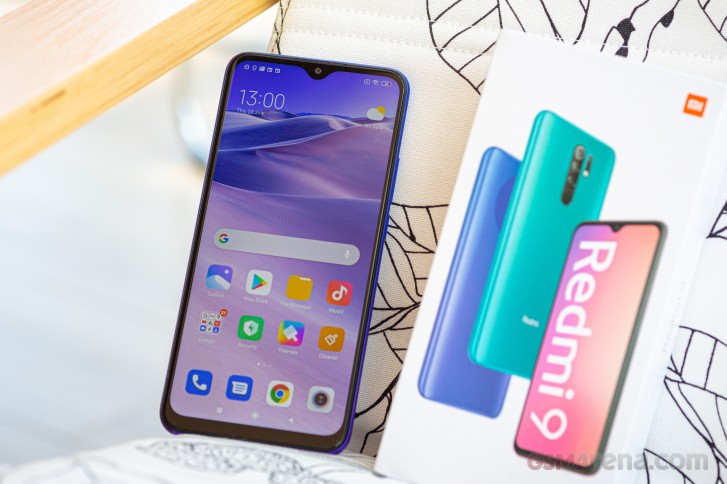 The Redmi 9 is a relatively large and thick phone, but that is unavoidable given the 6.53" display and the beefy 5,020 mAh battery within. Still, at about 200g the Redmi 9 doesn't feel overweight, in fact it about what you'd expect given its footprint and thickness. 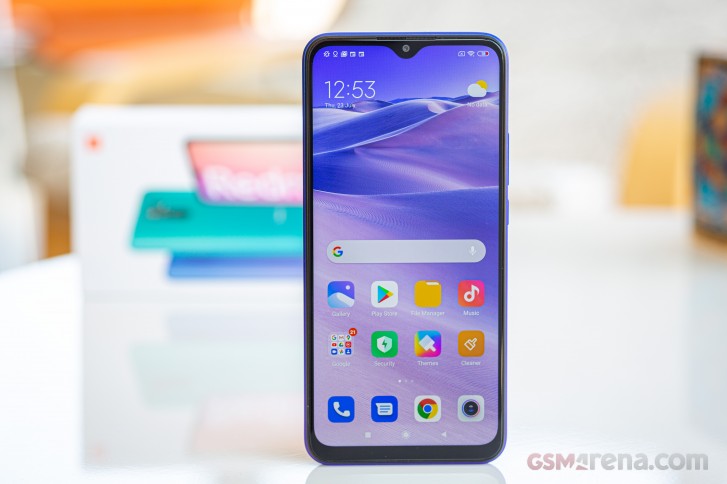 The 6.53" IPS LCD 1080p panel has rounded corners as usual and occupies almost the entire front. It has a waterdrop notch for the 8MP selfie camera. The earpiece grille is very thin and almost invisible between the glass and the frame. Unfortunately, there is no notification LED light on the Redmi 9. 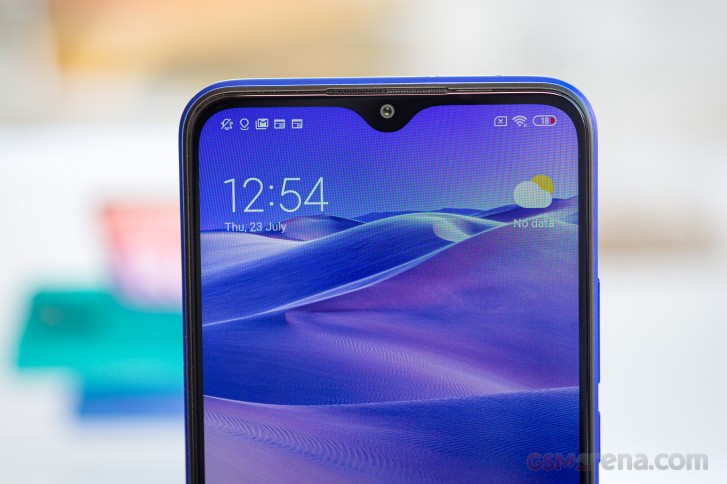 The display is protected by a flat piece of Gorilla Glass 3, but Xiaomi is also shipping the Redmi 9 with a thin (and rather cheap) screen protector. It might do for a month or two, but if you feel you need the extra protection, then you should buy a proper one and replace it.

The Redmi 9 has no frame per se as its rear panel envelops everything that is not screen - something we once called unibody. The whole piece is made of thick and sturdy plastic, but the maker has applied different finish on the back and the sides, so you can feel where the "frame" ends, and the back begins. There are no glossy bits on the Redmi 9's back panel - the sides have matte finish, while the rear part features the nice and grippy fingerprint-like texture. The pattern ends around the camera setup, which reminds us of the more premium Redmi K30.

We have the Sunset Purple version of the Redmi 9 and you can see the cool transition from blue to purple on the back. The gradient even extends to the sides, making up for a really nice look. The camera is protruding just a little bit, but nothing that could compromise the experience. Three of the four snappers are vertically aligned within a single black glass - the 8MP ultrawide, the 13MP primary, and the 2MP depth sensor. Below those three is the always-on (and very accurate) fingerprint reader.

The single LED flash and the 5MP macro camera get their own small island on the side. 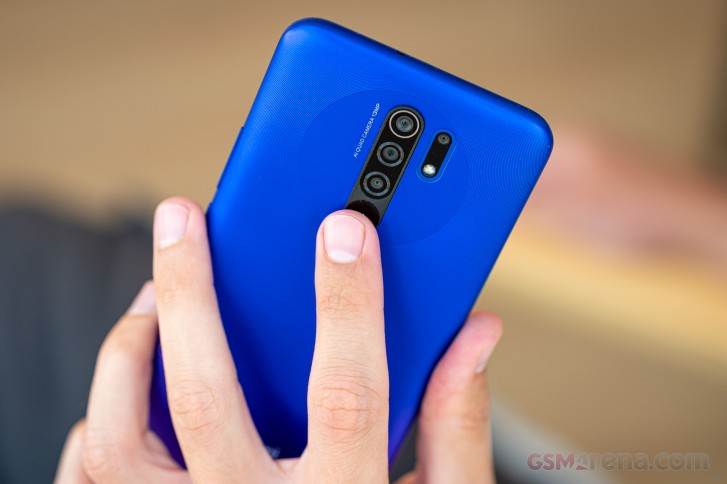 Now, let's take a look at what's on the sides of the Redmi 9. We'll start with the bottom, which is the busiest bit - here you'll find the speaker, the mouthpiece, the USB-C port and the 3.5mm jack. 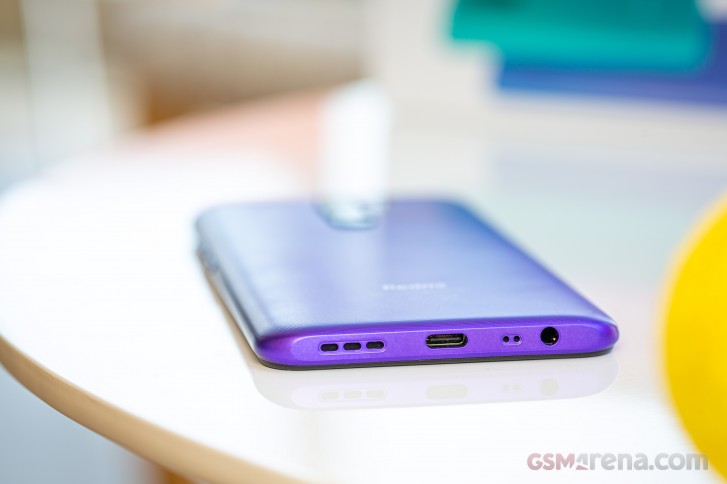 The right side of the Redmi 9 contains the volume and power keys, the left has the triple card slot (so you can insert a microSD card and two SIM cards), and the top houses the IR blaster and the second mic. 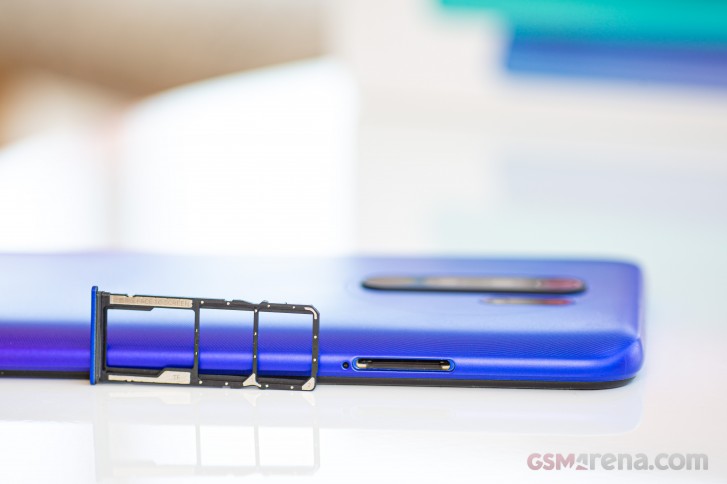 Unlike the Redmi Note 9 series, the global Redmi 9 lacks any sorts of water protection - be it rubber seals or nano coating. So you better be extra careful not to get any of the openings wet.

Handling the Redmi 9 is a great experience - it is one very grippy phone and fits very well in a hand. It feels secure no matter the orientation, and overall, we had no issues while using it. Thanks to the all-matte finish, fingerprints and smudges rarely stick and are hard to be seen. 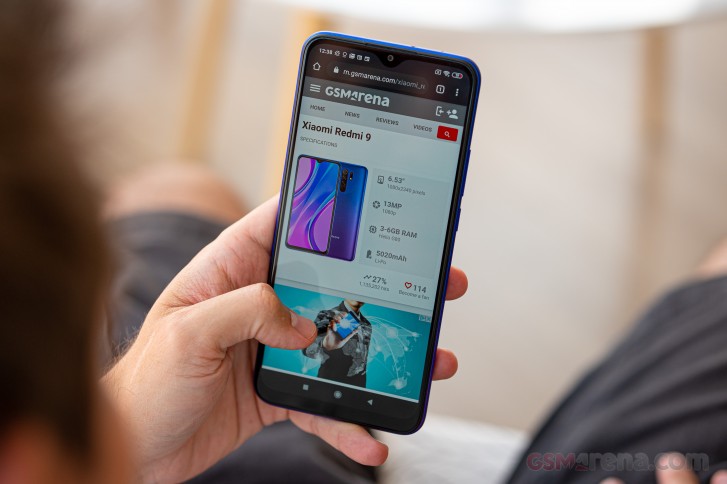 Xiaomi is providing a silicone case if you want additional protection for your new Redmi 9. It is your typical transparent case, but it does come with a cap for the USB-C port, which is a nightmare to open each and every time you want to charge the Redmi 9. We'd rip it off, but maybe that's just us.

I had one for 1 year Good battery،good camera at day light,auto focus and jerky lens problem at low light and continues video shooting , heavy Mobile is my experience with it

Probably that's why they put out the Redmi 9T which have a snapdragon 662 chipset.