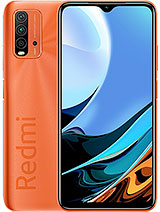 Yeet Man, 27 Dec 20221.5 years of having this phone then suddenly it no longer t... moreThe phone won't turn on for me too
That's why im not gonna look at Xiaomi phones again very veery disappointed!!

sero, 11 Jan 2023I totally forgot about this comment. Got it repaired for Ph... moreThat's a lot of sessions, percentages and mAh lol.

Mine is 93% health with estimated capacity of 5597 mAh. I don't remember my sessions though, because they reset everything after app update.

But I see that's a screenshot from old AccuBattery app. You should run the health measurement again after getting A12 MIUI 13 with the new updated AccuBattery 2.0.7. They have since reset all charging sessions, percentages and mAh after the app update. It also may reset everything again after A12 MIUI 13 update.

To run measurement, use the phone normally until 15% left and then recharge it until 100%, and then you'll get your latest battery health result. Good luck!

sero, 25 Nov 2022Actually I do have accubattery installed, and I bought my r... moreI totally forgot about this comment. Got it repaired for Php 500 which is about 10 dollars late November 2022, haven't had the dead boot issue again. Thankfully didn't lose my data. My AccuBattery health shows 95%, estimated capacity 5718 mAh/6000 mAh. 984 sessions with 51142% charged total

Yeet Man, 27 Dec 20221.5 years of having this phone then suddenly it no longer t... moreYou should have multiple places where you backup important files (including those for a thesis) ; not just rely on a single phone that is suspect to begin with, like this 9T.

Mine so far hasn't suffered this "dead boot" scenario after just over a year's ownership, but I'm waiting for the day ....

Anonymous, 03 Jan 2023My Redmi 9T keep on display "no service" and l ha... moreThe same thing happened to mine, and l even took it to computer village in Lagos but no result.

Darknoor, 17 Dec 2022Redmi 9T is the ultimate value phone, and in several cases ... moreMy Redmi 9T keep on display "no service" and l have turned round some engineers but it never worked, l hav once transfer it to ilorin.

this phone has really costed me money
dies frquently
camera not working at times
i never switch it off unless it goes out of powere
im nostalgic about trying another xiaomiphone..
oh its less than two years

Had this phone for about a year and a half, updated to MIUI 12.5 + Android 11. Faced no issues except some lags and weird bugs. Otherwise it's fine. About 20 days ago, "Game Center" appeared on the Homescreen along with App Vault. With an update for App Vault, it disappeared. However, Game Center hasn't. It has continuous ads and is serious crap. Has been sending notifications and had to turn them off. Yesterday, it seemed like the battery expanded. Also the phone went into a random screen with a Redmi Dragon. I was about to lose hope. Not sure what was that. On continously pressing the power button, the phone exited and booted into the system, fortunately. I've been rebooting my one quite a lot and nothing happens. Not sure what's the issue with yall's units. Now waiting for MIUI 13. The latest version at the moment is MIUI 12.5.10.0 which I received on 11th November 2022, about 80 days after the update before that. Overall good phone but hate the Stupid Game Center, Mi Browser Pro, MI Music, etc.

1.5 years of having this phone then suddenly it no longer turn ON after the recent update. Very disappointing, I cannot afford the cost of repairs since the warranty is long overdue. Luckily I was able to transfer important files for my thesis before it happened and I was extremely lucky the semester ended before this happened. Hopefully Xiaomi will extend warranty time since many are complaining about the "Dead Boot" issue after updates including those who bought the POCO M3.

Anonymous, 23 Dec 2022How long have you bought that'redmi 9t' i know it... moreYou don't know what you are saying. You just got bad luck.

Kokoletboy, 22 Dec 2022Keep pressing and holding the power key it will later respo... moreOk thanks for the respond

This is the worst piece of junk i have ever touched in my whole life. Just seeing this phone makes me gauge it is a disgusting and is worth even less than a yen in Japan

Blessed Chukwuma , 22 Dec 2022Please what can I do my phone went off and refuse to on again ..sorry though,i had the same experience too,my warrant was still valid ,though its about a year now with no response from them....What you'll do is just buy another phone far away from redmi phones.

grayworm, 23 Dec 2022Great device for everyday use. Probably won't be enoug... moreHow long have you bought that'redmi 9t' i know it's less than half a year,be patient the day it'll shut down for no reason you'll come back and confirm what I've said..ha

Great device for everyday use. Probably won't be enough for those who are seeking for a gaming toy to wear it out in months, sure not. But for s normal user it has everything, s great camera array, excellent battery, very nice design and with the latest updates it runs perfectly smooth. Technology and materials may not be state of the art but, it is a great device.

Simonski, 15 Mar 2022I rebooted my xiaomi Redmi 9T after some apps were hanging ... moreGreetings
I experienced same.
1. Never do reboot rather turn off the phone completely and then turn on again.
2. When in dead boot, do a 'Fast Boot' by pressing the power button and the volume up together.

This is what brought my r

Blessed Chukwuma , 22 Dec 2022Please what can I do my phone went off and refuse to on again Keep pressing and holding the power key it will later respond... Don't give up it happened to me