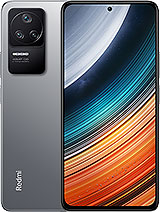 Hi commenters! Which would you choose?
Xiaomi Redmi Note 11 Pro (China), Mi 11 Lite 5G NE, or this phone? My 4yo Redmi 5 Plus needs to be retired. Not a gamer, so I will primarily use this phone for photos/video and social media/duolingo.

Thank you all in advance.

[deleted post]bruh no one force you to buy this device

Azeem, 04 Apr 2022hope to buy soon in pakistan if the price is comfortablegood phone actually

why does this phone show it has 4k 30fps? i saw a video about the redmi k40s and it showed it can record 4k 60fps.

It must need the 108mp sensor with OIS

hope to buy soon in pakistan if the price is comfortable

SirajOG, 04 Apr 2022You don't know what you are talking about. The design ... morethe screen is almost the same except for the 68b colours, the charger is the same, the camera is just different.

Jemlim, 03 Apr 2022This is a Xiaomi 12X but with no curved screen and only 8MP... moreYou don't know what you are talking about. The design between those two devices don't look at all alike. The 12X is a flagship with a better screen, better charger and a bigger price tag. The K40S is an incredibly affordable smartphone. Get your facts straight

This is a Xiaomi 12X but with no curved screen and only 8MP ultrawide lens.

Anonymous, 25 Mar 2022It's no longer the case... Dimensity 8100 offers SD88... moreI believe we will get more than one devices from poco this time. F4, F4 pro etc. The reason for them not doing that last year was that the 888 was a overheating mess. I'm also thinking about getting one of these devices either the k50 or k50 pro or its global equivalent or I may get the neo 3 or their device with dimensity 9000. But I'm waiting for detailed comparisons first as well to see how they compare against each other or i may wait on the 8 gen 1 plus and see if the problems are rectified on TSCM manufacturing process. But the k50 with that 5500mah battery is tempting

Unfortunately, Poco F4 will be the international version of K40s ans will offer nearly nothing over F3...
At least, we will get Realme GT Neo 3 worldwide.

I have two Poco F3's and a Pixel 6 Pro. Other than the cameras there really isn't anything that is any better on the Pixel. The Snapdragon 870 Chipset it as good as the Tensor and runs extremely cool. I'll probably purchase a Poco F4.

Snapdragon 870 is still the best gaming chipset today. People saying it's a 2 year chipset are ïdíots, the 865 is 15%slower and that 15% may seem like a small number to the uninformed but it's a lot better in Gaming. The 870 launched last year and it's gap with the 888 isn't that far plus it has even better average gaming performance than the 888 and 8Gen1 as well.
It's still an improvement from the Poco F3 even if the processor hasn't changed. You can't top it off with a failed Qualcomm chip and some ídíots would scream "Hurr durr my Custom Roms" if it had a Flagship Dimensity Chipset.

It has a Sony IMX596 Selfie Camera, Dolby Atmos, 67W Charging, Bluetooth 5.2, Android 12 out of the box, when launched globally it will have more network bands than the F3

Anonymous, 24 Mar 2022Samsung has taught every phone maker a lesson with the succ... moreThat's why I use oppo Reno 2 and pixel 3a

vocwan, 23 Mar 2022I am a person who cares first about the design, this design... moreSamsung has taught every phone maker a lesson with the success of A series with IOS. I personally lose interest if a phone lacks OIS. I would rather have one camera with OIS than 4 without it.

SMYasir, 19 Mar 2022What are the top things you like in this phone ? I am a person who cares first about the design, this design is great, the colors are good even if I wish there was Purple like in Redmi note 11 CHINA, the specs are amazing for the price, Xiaomi used to mess up with missing OIS or 4K but not this time, the only things I wonder about now are the battery drain/overheating.