The Redmi Note 10 5G is your typical smartphone on a budget - it has a glass front, while the frame and the rear panel are made of plastic. There is no ingress protection whatsoever, and even if the bundled case does seal the USB-C port, it still leaves the 3.5mm audio jack exposed. 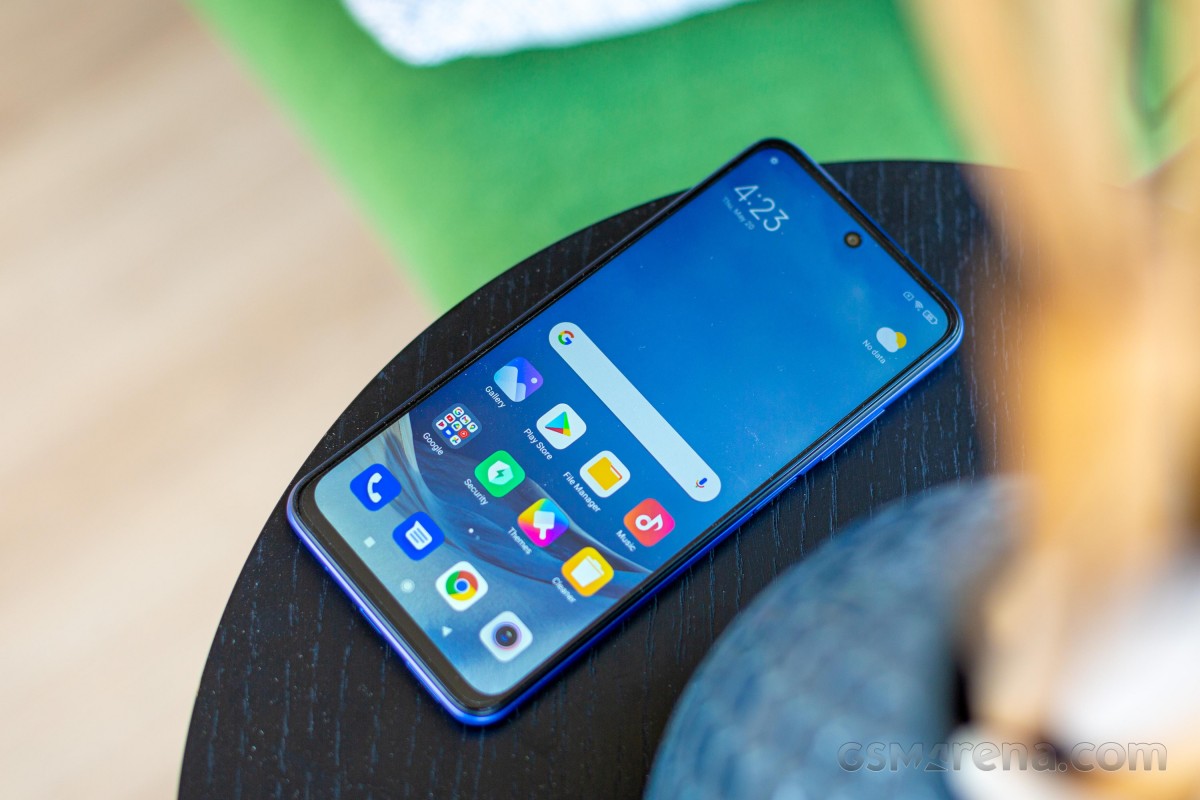 Usually, such cheap phones try appeal to you with catchy paintjobs and this Redmi is no different. It has a cool matte finish over a reflective back panel leading to this somewhat mysterious radiant light coming from the camera setup and going outwards.

We have the Nighttime Blue model, but the effect stays the same across all versions - Chrome Silver, Graphite Gray, and Aurora Green. That is, if there is light to reflect, of course. 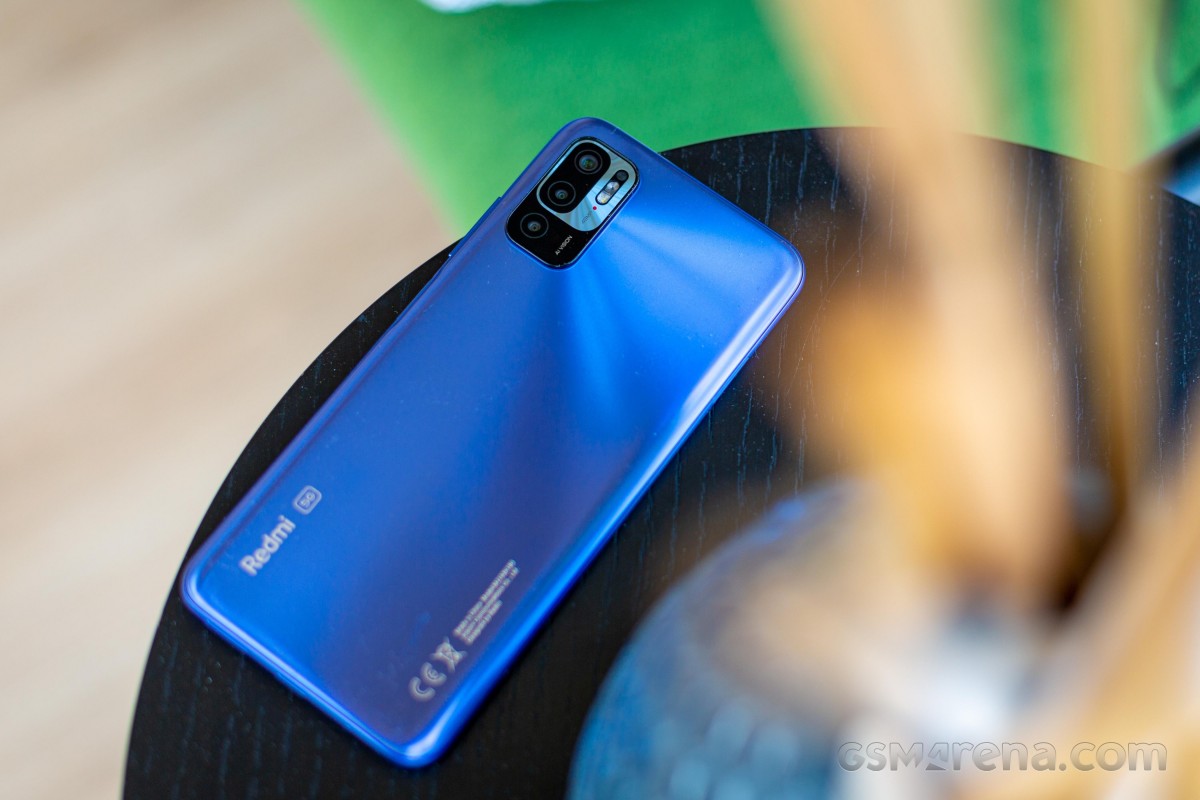 So, the front of the Redmi Note 10 5G is packing the 6.5" IPS LCD screen of extended 1080p resolution. The panel has a small punch-hole centered at the top - here lies the 8MP selfie camera.

The earpiece grille is on the top thin bezel. The bottom bezel is a bit large, but in line with the competing offers in this class. 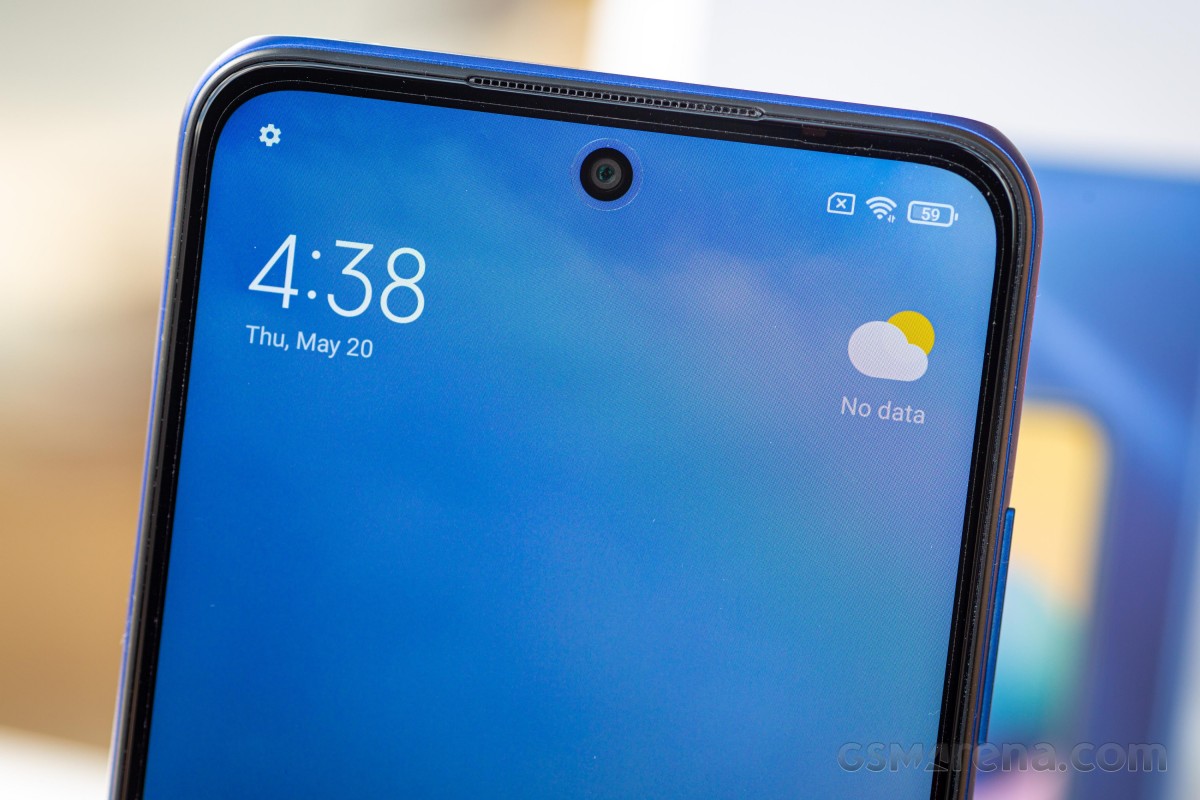 The whole front is shielded with a flat piece of Gorilla Glass 3 - it's not that tough to break, but a bit more scratch resistant than newer revisions.

The back panel is made of plastic and a bit curved towards the frame. It has matte finish, which improves the grip, but if you've hoped for smudge resistance - we have to disappoint you. Fingerprints stick a lot and are clearly visible, though they are not that tough to wipe. 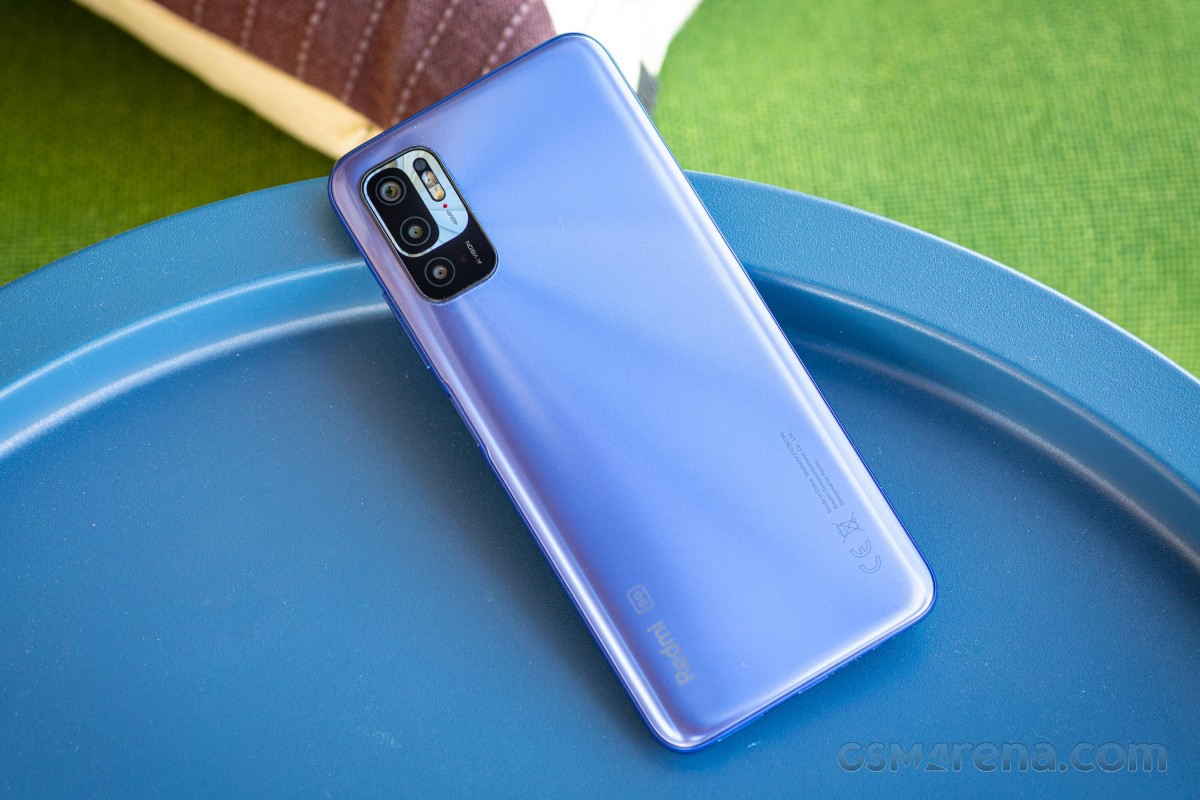 When the back is clean, you should enjoy the light effects coming from around the camera setup and continuing outwards. Realme 8 5G, in fact, has similar light play on its back. Coincidence?

Anyway, the camera setup is the only feature of interest on the back. It's unusually large for a rather basic trio of snappers - there is a 48MP primary shooter, a 2MP macro cam, and a 2MP depth sensor. The flash may look like it's a dual-LED or even dual-tone, but it's just a single LED underneath, the second hole is just a dummy. 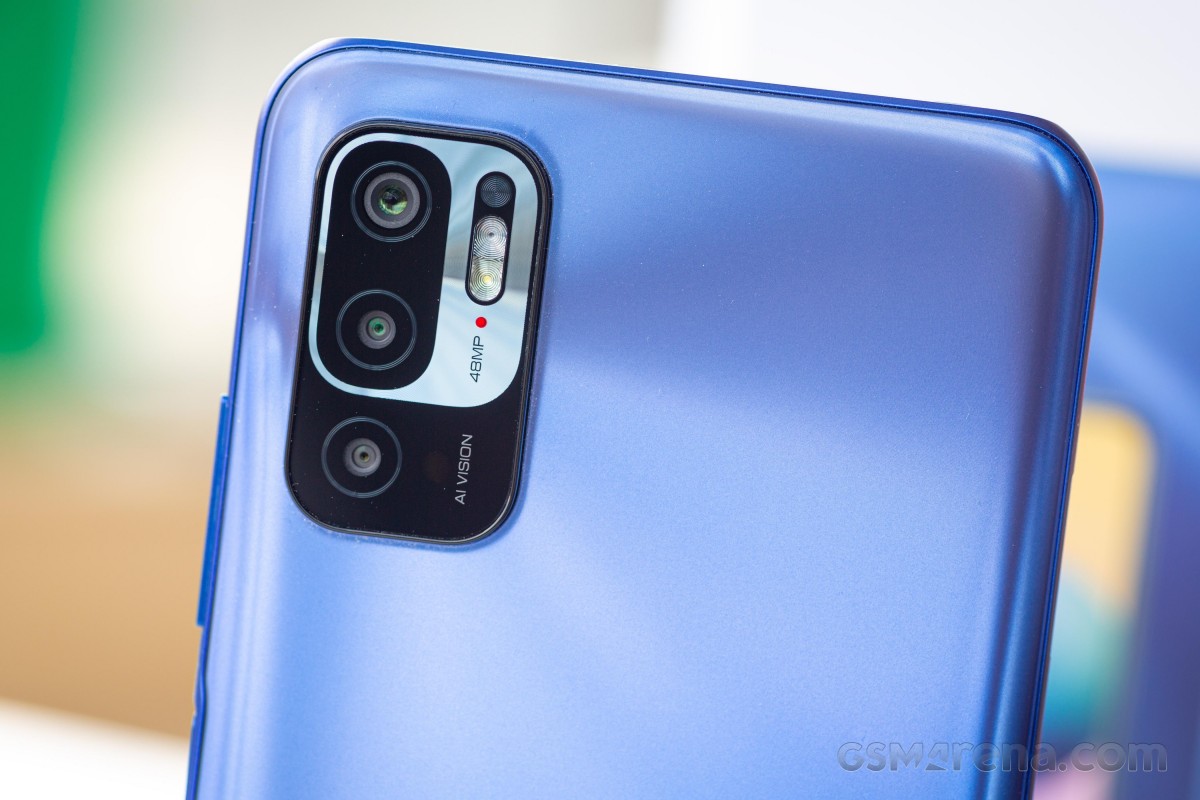 You may have noticed there is a third hole here, it's for another ambient light sensor - there is one hidden within the top screen bezel, and this here is the second one. Both combine to ensure 360-degree ambient light detection and can adjust the brightness up to 4096 different levels.

The camera glass is jutting out a bit, but it's not as much to make the Redmi Note 10 5G wobble to uncomfortable levels.

Now, let's talk about the frame. It is flat around the top and bottom and curved elsewhere. 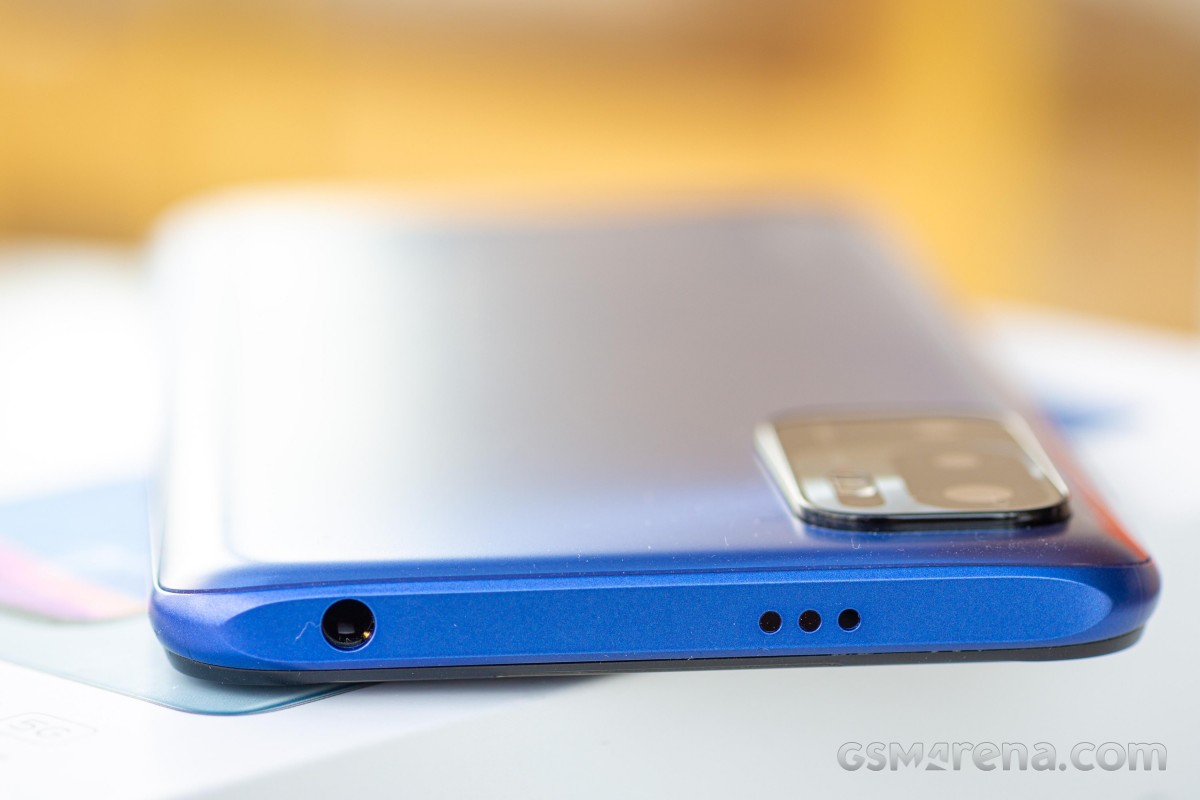 The top houses the 3.5mm audio jack, a microphone, and the IR blaster, while the bottom has the USB-C port, the mouthpiece and the loudspeaker. 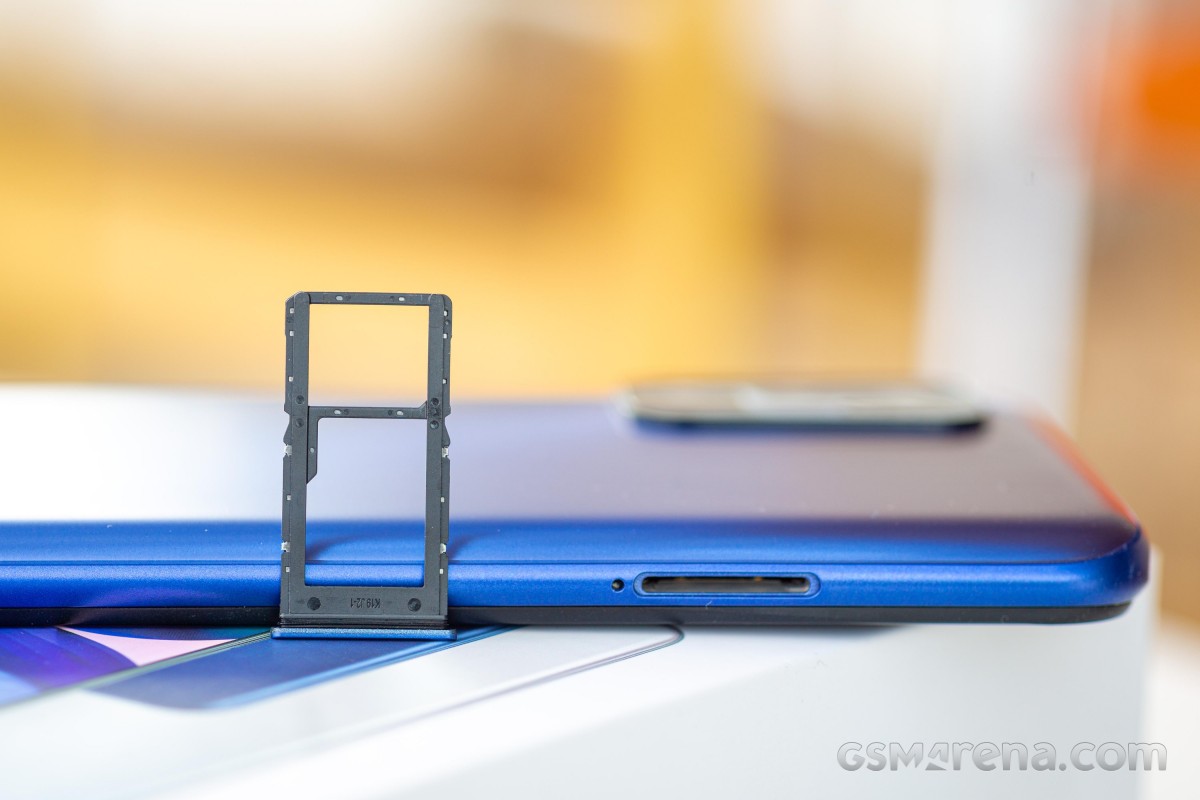 The hybrid-SIM slot is on the left, while the volume and power keys are on the right. The power/lock button also doubles as an always-on fingerprint reader. It's reliable and plenty fast, but due to its position - you often touch it while with your hand even when you don't intend to unlock the phone, and this leads to the phone asking for a PIN more often than usual. If that becomes an issue for you, then you just go to fingerprint settings and change the reader's trigger from Touch to Press. 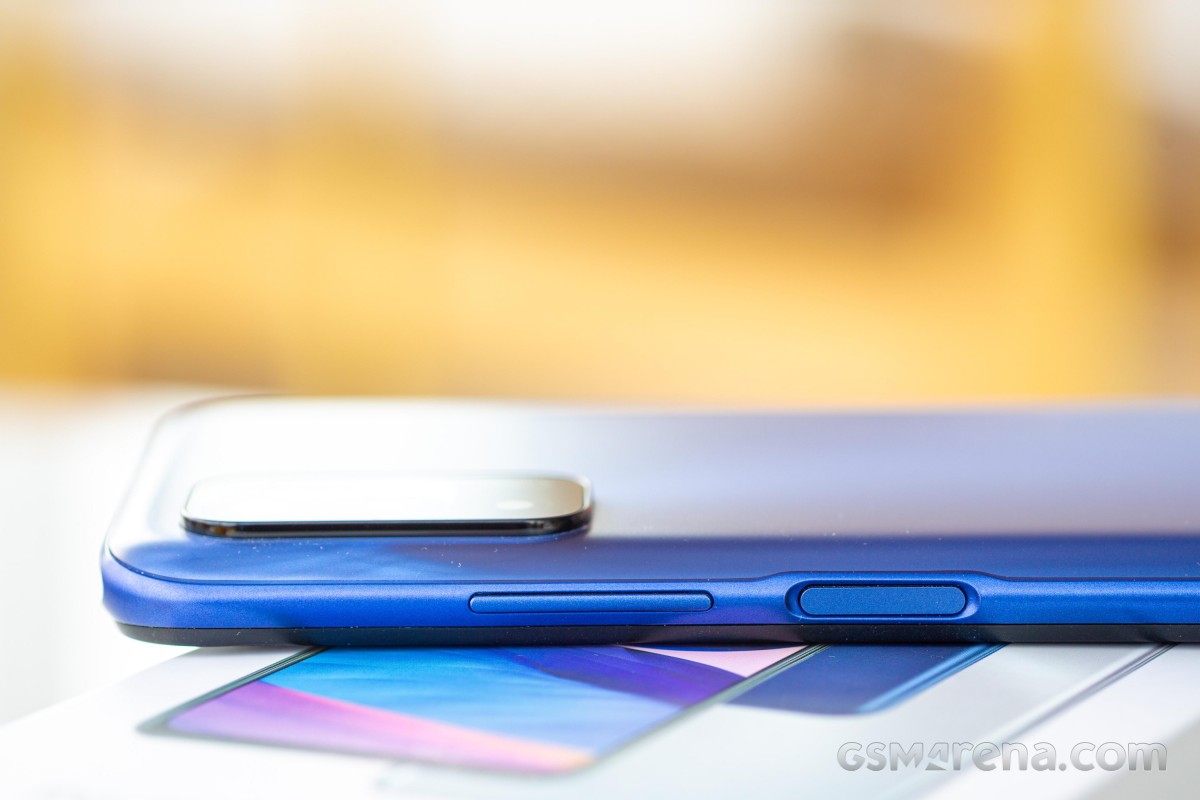 We have positive impressions from our time with the Redmi Note 10 5G. It's easy to handle and operate, with a solid build and enough grip to be used case-free. Even if a bit flashy, the back is easy on the eyes, so it can match any setting - whether casual or official. 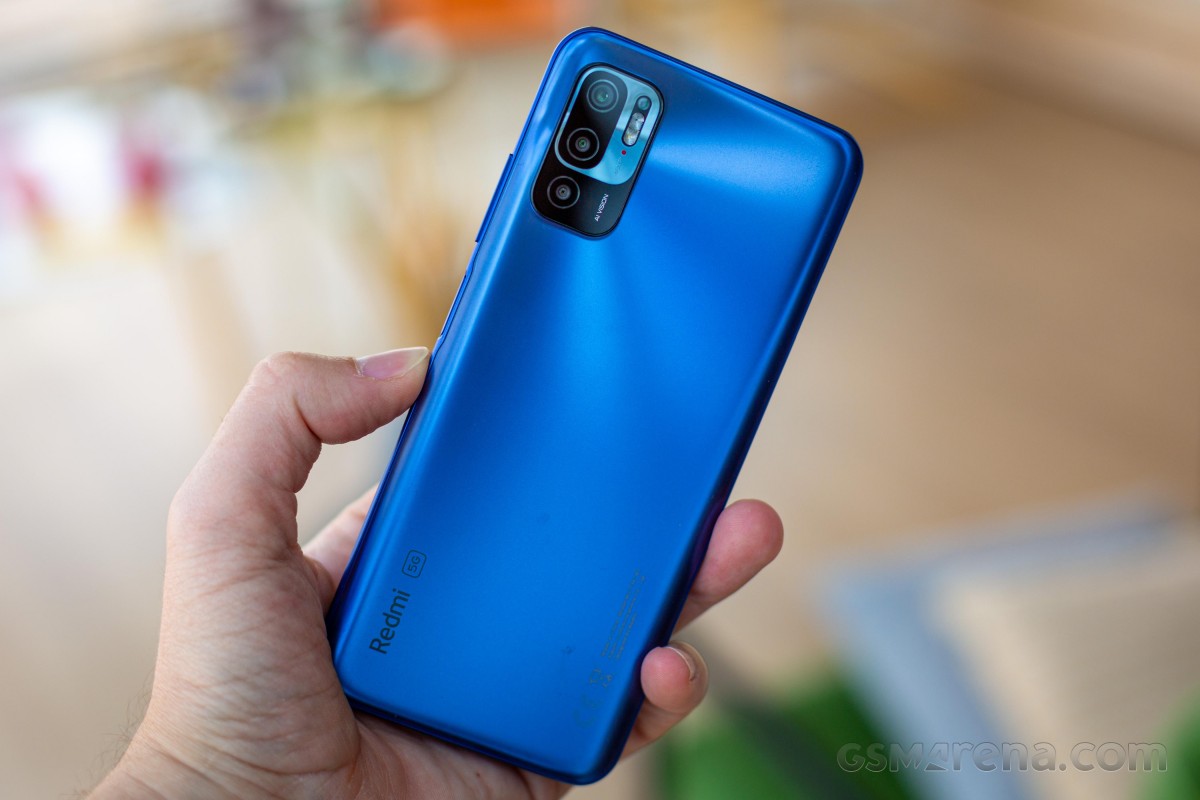 There is only one thing we would have improved if we could - the build should have been splash resistant. Knowing Xiaomi, this could very well be the case, but maybe they don't advertise it, so people don't go swimming with their phones intentionally. Still, an official IP rating may be too much to ask at the budget price.

Worst phone I ever had, too chunky with a basic LCD screen .

Worst Phone ever , once you reboot your mobile for software update it never restarts and only possible way is to wipe your all data to make it work again , there is no other option , better don't buy this phone at all.