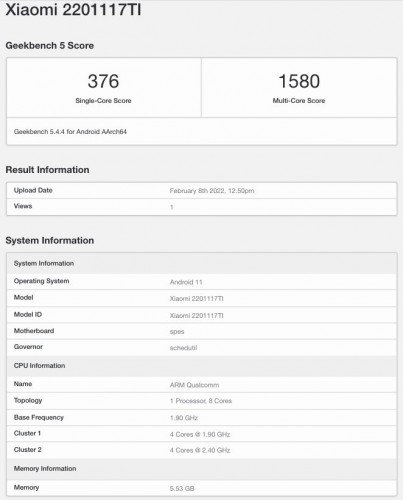 The phone managed 376-points in the single-core department and a 1,580-point outing in the multi-core test. The listing also reveals the phone is running Android 11. Xiaomi is set to unveil the Redmi Note 11S and Redmi 11 in India tomorrow and we’ll just have to wait and see if the Note 11 4G is also announced on stage alongside them.

Weekly poll results: the Redmi Note 11 Pro 5G is the only popular member of the new series