Xiaomi Redmi Note 4 comes in a relatively small retail box which contains the phone itself, a microUSB cable, and a 2A charger plug. That's all.

When Xiaomi replaced the Redmi Note 3 with the Helio version of the Note 4, they claimed the added weight was actually due to their pursuit of better sturdiness. Now that the Snapdragon version has 10g lower weight, we wonder whether that might signal changes in build quality.

Xiaomi did a good job with the Redmi Note 4 Helio's design and succeeded in making the elegant metal chassis more premium than the Note 3. It was a substantial improvement, with an all-metal rear cover, diamond-cut antenna strips and sides, and a luxurious polished shell.

All of this is gone now. For whatever reason, Xiaomi went with the old Redmi Note 3's build and design, leaving us feeling cheated. Visually, the Snapdragon edition can only be described as a downgrade compared to the Helio edition.

In spite of Xiaomi's decision to change the build, the Redmi Note 4 with Snapdragon is still one of the better mid-rangers out there and we can still acknowledge it for its overall nice design. Though the plastic strips and uneven paintjob make a comeback, the metal on the back is as good as it can get with grippy chamfers and stylish bevels.

The Redmi Note 4's front is covered by a 2.5D glass, but the effect is almost invisible and the promo materials may fool a few users in bevel size. 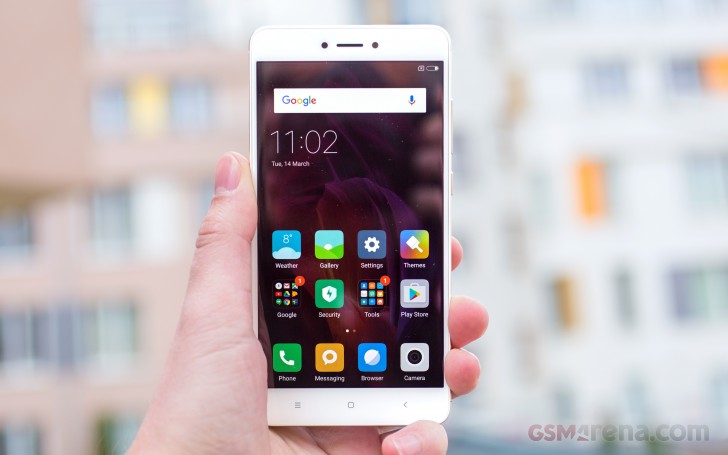 Handling the phone is an enjoyable experience, there is a secure enough grip, and we could easily recommend the Note 4 to a friend for its design even though Xiaomi was not at its best game on this occasion. The Note 4 is a Xiaomi all right, but its design is just not as premium as its Helio version.

The earpiece and the selfie camera are above the screen as usual. A couple of sensors and a tiny notification LED light are also around, but the latter is fairly dim.

The familiar capacitive trio is below the screen, enhanced by a subtle white backlight upon touch.

The hybrid SIM slot is on the left, with support for either a duo of SIM cards (micro+nano), or a microSIM and a microSD combo.

The volume keys and the power button are on the right.

The audio jack is at the top of the Redmi Note 4, and it is not alone there. There is also an IR blaster for remote controlling your home appliances, and there is a secondary mic for in-call noise cancellation and stereo audio capturing.

Xiaomi Redmi Note 4 is still in the microUSB era with its charging port at the bottom. Two fancy grilles flank the USB hole - one for the primary mic and another one for the loudspeaker.

On the back are a 13MP camera lens and a dual-tone LED flash. The always-on fingerprint sensor is also on the back, and it does a great job with accuracy and recognition speed.

The back of the Redmi Note 4

From 2G to 3G to 4G still going strong.Bought on June 2017.Battery still gives a full day with net on Some issue with charging port. One of the longest phone I had after 3310.

brought march 2017 batt still good and everything still running good for 4 years one of my longest phone. youtube all the way still last me 4 hours ++. Just that the power button and volumn button have become not so sensitive. other than tht fxxcing...

this phone is very nice and affordable