MIUI 8 on top of a Marshmallow base

The Xiaomi Redmi Note 4 comes with Android Marshmallow and MIUI 8.0. MIUI is one of the most comprehensive customizations of Android to date.

While there are already plenty of phones running on Android Nougat, Xiaomi has been known to take its time with the major Android updates. So, Nougat will eventually come to most of the MIUI phones out there, but it will take a while. 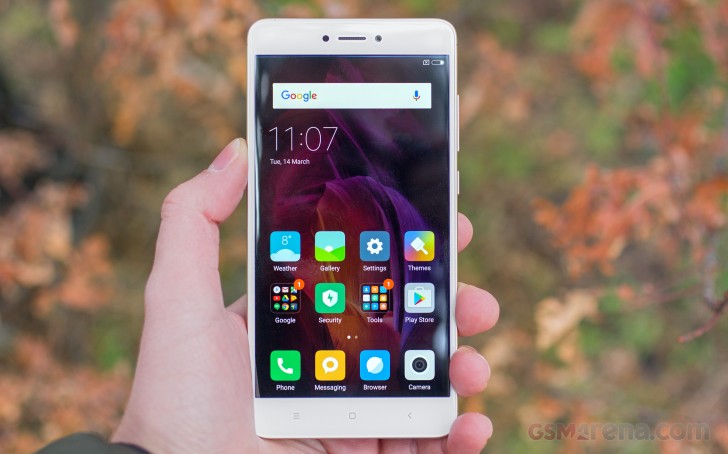 MIUI 8 is a familiar launcher already with lots of new features and UI tweaks. Its looks are just a minor part of the way MIUI is different from stock Android, though.

The highlights of the MIUI 8 features are Dual Apps and dual spaces. Dual Apps means you can have two instances of the same app on your device. This allows you to do things like have two WhatsApp accounts on the same phone, one for each SIM.

Dual spaces lets you have two different workspaces on your device, each with its own set of apps, customizations, and image gallery, and you can enter a custom passcode or a different fingerprint to enter either space.

The lockscreen is fairly standard (time, notifications, a couple of shortcuts), but once you set up the fingerprint reader, you'll rarely see it anyway. Still, the Wallpaper Carousel can put beautiful images on the lockscreen every 15 minutes.

The always-on fingerprint sensor is accurate and can take the phone from sleep to the homescreen pretty quickly (the lockscreen is bypassed). It's as fast as some of the latest flagship implementations, which is quite a treat.

MIUI has a simple philosophy - every shortcut, plus widgets of your choosing, are dropped on the homescreen. You get a docked menu for the most commonly used apps, of course. The homescreen also supports a wallpaper carousel, so you can enjoy different beautiful wallpapers all the time.

Finally, if you have difficulties controlling MIUI 8 on the Note 4's 5.5" big screen, you may want to turn on the Quick Ball UI helper. It can store up to 5 shortcuts and you can put pretty much anything here - from Android actions to app shortcuts. The Ball can also hide automatically on chosen apps, and move aside when you are running a fullscreen app.