Just a day after there were rumors that the Xiaomi Redmi Note 4X is coming, an image of the device has leaked. The leak shows the About Phone section of the handset, confirming the specs that have been rumored so far. 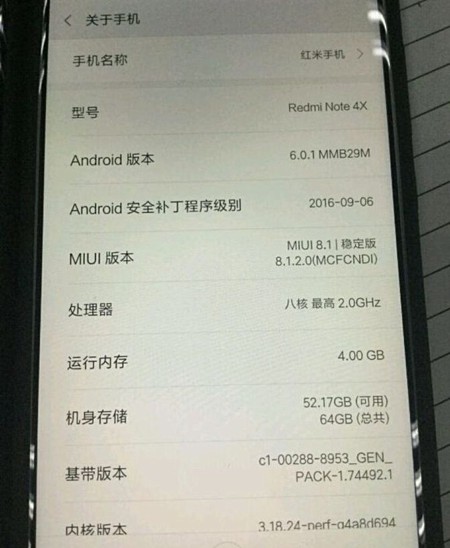 The leaked image confirms the Redmi Note 4X will have 4GB RAM and 64GB internal memory. It also shows that the phone will be powered by Qualcomm's Snapdragon 653 chipset. On the design front, the device seems to have thin bezels and curved display.

Huawei will cry if they know you comparing their snapdragon 820 competitor to a mid range chipset........