Xiaomi launched its Redmi 5 series back in December 2017 and the Redmi Note 5 Pro made its way to India by February. In five days the country will finally get to see the next iteration of the affordable Redmi series, and one of the phones might be the Xiaomi Redmi Note 6 Pro.

The Note variants aren’t announced yet, but already appeared at numerous listings, including the EEC. Information coming from Weibo suggests the Redmi Note 6 Pro will make its way to India and will be powered by a Snapdragon 660 chipset. 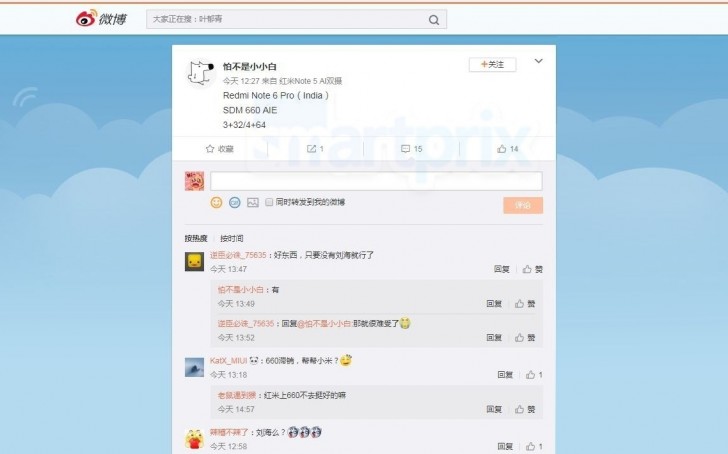 The post, albeit already deleted, sounds plausible since this is not the first leak from this exact Weibo user. He also suggests the phone will have two memory variants - one with 3 GB RAM and 32 GB storage and another with 4 GB RAM and 64 GB storage for consumers wanting extra power and willing to spend a bit more, but still own an affordable midranger.

Source (in Chinese, taken down) | Via

Xiaomi will launch the Redmi 6, 6A and 6 Pro in India on September 5

5 Upcoming Features you might see in next whats app update.

It deserves a Snapdragon 710