In terms of design, the Redmi Note 8 Pro isn't a big departure from its predecessor, and that's not necessarily a bad thing. The Redmi Note 7 Pro had Gorilla Glass 5 for its front and back, and the new Note 8 Pro has the same configuration. The side frame is made of plastic, which is more shock-absorbent than metal if you look on the bright side of things. Also, at roughly the same dimensions (the Redmi 8 Pro is negligibly wider and taller, of course), the new Note offers more screen - 6.53" vs. 6.3". 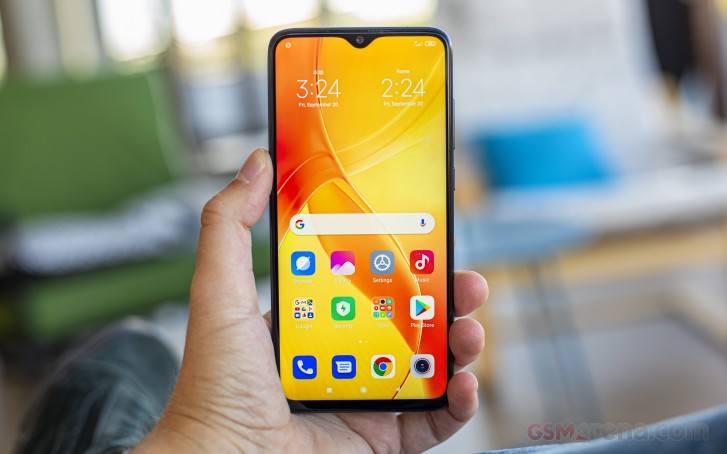 However, the same cannot be said about the weight. The Note 8 Pro is measurably heavier, and it's easy to notice. At 200 grams, the handset is one of the heftiest around, and it's top-heavy too. It interferes with the grip a little as the phone tends to lean to the front when holding it with one hand. Perhaps the camera stack adds to the weight more than the 4,500 mAh battery does. 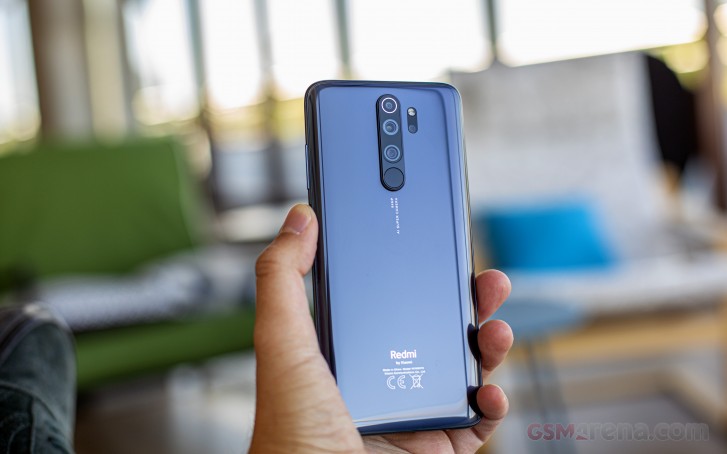 Speaking of grip, as one would expect, the Redmi Note 8 Pro doesn't receive any bonus points here. The glass back is slippery like any other glossy back, and while the frame successfully imitates metal, it doesn't help with the grip either. The curved panel to the sides does help with ergonomics and usability with one hand though.

The camera bump on the back makes a strong impression, though. It sticks out more than we would like, and the phone wobbles when lying flat on its back. Interestingly enough, the macro lens isn't on the bump, but it keeps the company to the LED flash on the right side of the array. Also, the highlighted camera is the 2MP depth sensor, and then comes the main 64MP shooter and then the ultra-wide. Finally, the fingerprint reader is sitting on the same bump. 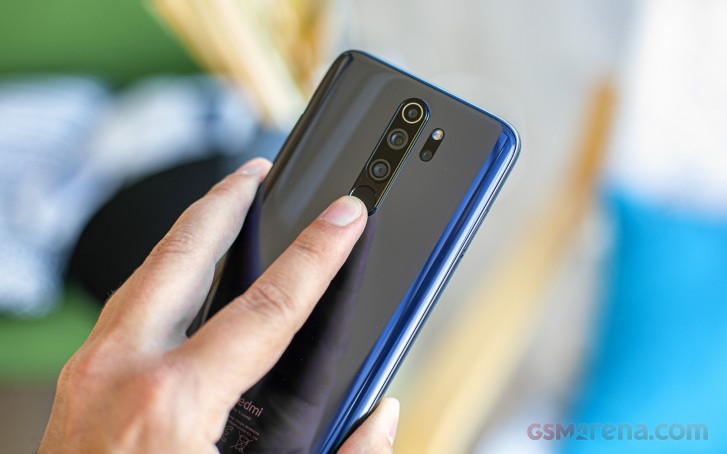 It does make sense to put it there in a way as the bump helps you find the scanner by touch, but it also forces you to stretch your finger a bit higher to reach it, and you can sometimes smudge the ultra-wide camera with your attempts to unlock the phone.

We had no such trouble with the power button and the volume rocker, though. Both seem adequately placed on the right side, within thumb's reach.

The bottom offers the usual speaker grille, USB-C connector, and a 3.5mm audio jack. The left side of the frame is reserved only to the SIM card tray while the top houses an IR blast - neat feature.

Which brings us finally to the front of the phone. It's not something out of the ordinary as it houses a familiar screen design with a minimalist waterdrop-style notch and rather thin bezels around. At least considering the price range. 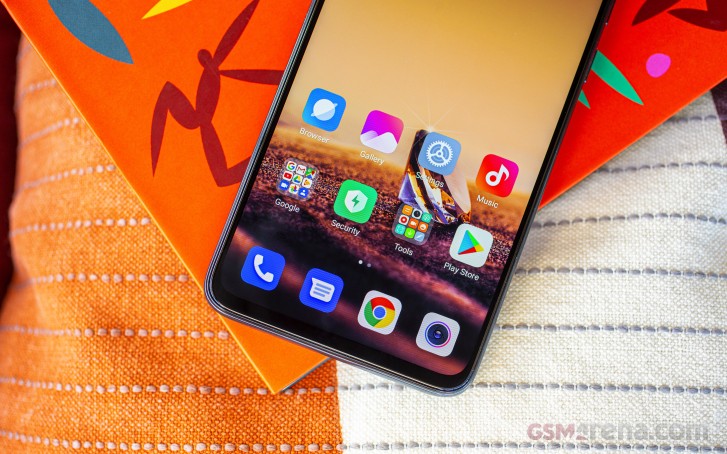 The lip appears to be smaller than before, the side bezels look the same, and the top one also seems a bit trimmed. Combined with the notch, however, is still big enough to house the front-facing camera, the ambient and proximity sensors. The earpiece is there too. 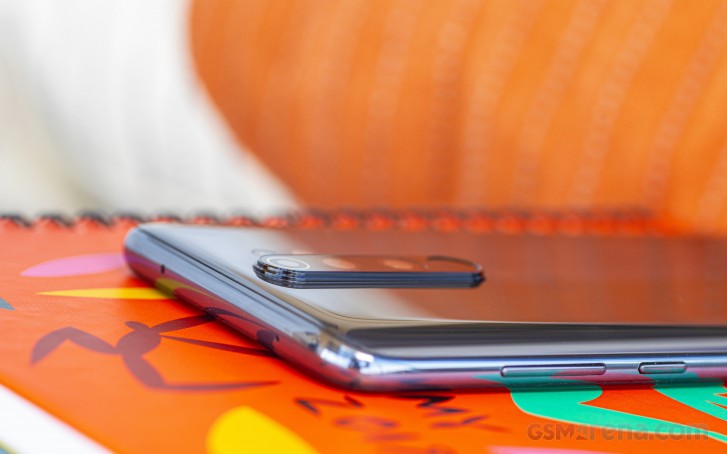 All in all, there are no major complaints about the design. It's just as slippery as you'd expect from a glass sandwich handset, but it's nicely built with premium feel in hand. The notch isn't obtrusive, and the bezels are adequately thin. Only the fingerprint placement and the camera bump leave something more to be desired. 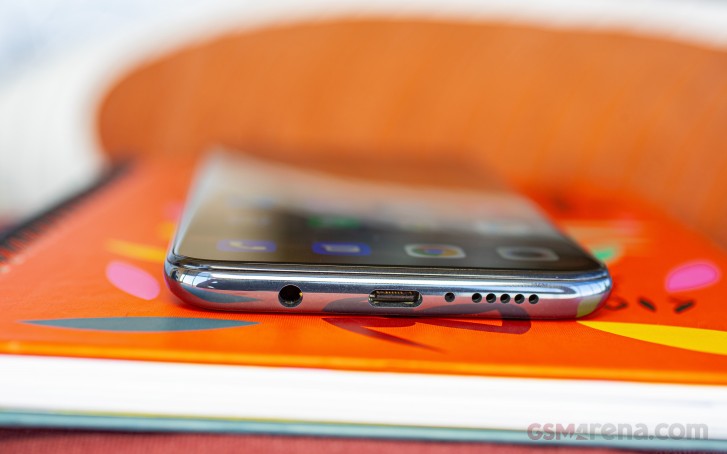 Here, take a look at the 360-degree view to get a grasp of the design.

The best android phone i used ever Battery backup is main highlight.........tnx redmi

NFC does not work. SD cards above 128gb are not detected.

it is the worst phone i used. The problems with sound, overheating, deletin apps without my permission. I hate the day I decided to byu this piece of garbage.