Xiaomi today announced it sold more than 140 million units of its Redmi Note series smartphones globally, with the Note 8 phones being the second best-selling in H1 2020 according to research firm Omdia. 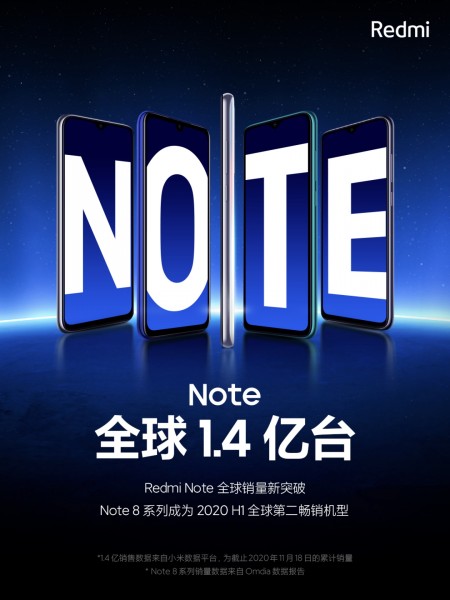 Redmi announced the Note 9 series in March this year, but we are yet to get any sales figures from the company. And while we wait for those numbers, Redmi is expected to add two more members to the lineup on November 24 - Redmi Note 9 5G and Redmi Note 9 Pro 5G.

People rather vote for sweetshop owner than doctor.