To celebrate the massive accomplishment, the company is discounting the Redmi Note 8 on its website, but it is just the 6/128 GB option and only in China. 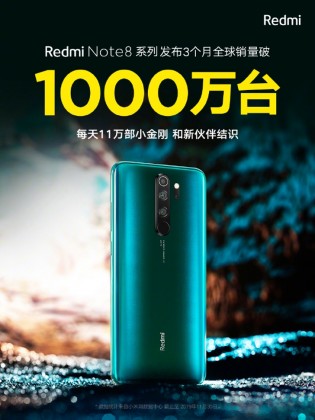 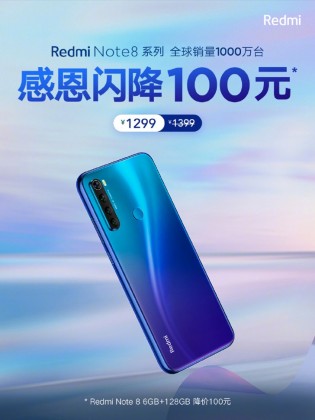 The milestone is impressive on its own, but it is even more remarkable when it is compared with the Redmi Note7 sale - the current midrangers went into the eight-digit amount in just three months - almost 30 days faster than its predecessors. It also announced that it was selling about 110,000 units per day, every day, for three months.

With this milestone now behind its back, Xiaomi says it will focus on the Redmi K30 announcement, scheduled for tomorrow. We are expecting the first 5G device of the sub-brand, along with a full-screen experience and punch-hole design with dual cameras.

We are likely going to see a Redmi K30 and Redmi K30 Pro, with only the latter supporting next-gen connectivity and probably quicker fast-charging options.

Is that because of VAT, or regular sale price? I bought it online in Canada for $302 total including tax (19416 BDT)

They sell phones way higher price than normal in Bangladesh