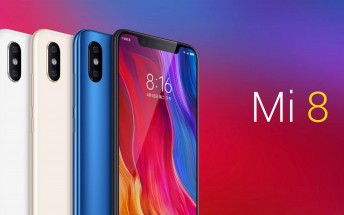 Xiaomi revealed that it sold over 1 million Mi 8 series phones in less than three weeks. The revelation was made by the company's global spokesperson Donovan Sung, who said the feat was achieved in 18 days.

It's worth mentioning that the series consists of the standard Mi 8, Mi 8 SE, and Mi 8 Explorer. Of the three, only the first two are currently available (and that too, only in a handful of markets) - the Explorer edition is expected to be released in July.

what about audio video quality?

So about 250k flagships

Thanks for the answer. Probably mi note 4 will be one great device with 710 chipset and great camera. We will see when it comes out. Until then price of 8SE will be cut.