The Xiaomi Mi Mix 3 is set to be announced by Xiaomi on October 25 where it will announce a successor to the Xiaomi Mi Mi 2 (and 2S). Given the imaging ability that we saw on the Mi Mix 2S, we are expecting to see a very capable shooter on the Mi Mix 3.

A new camera sample allegedly shot with the Mi Mix 3 was posted to Weibo, a Chinese social media network to tease the smartphone’s low-light capabilities. The photo below shows a very nice capture of details in lower light conditions and a nice blend of colors. Zooming all the way in, we can tell there was definitely some post-processing required to get this image. 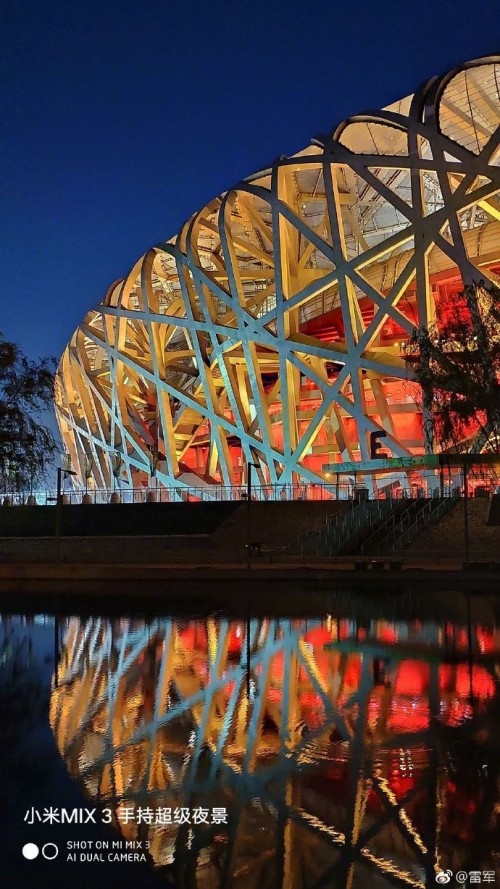 Previous teasers have revealed that the Mi Mix 3 will have a slide-up camera akin to a manual slider phone from the pre-smartphone era. Flipping this camera up will enable some sort of face unlock with its dual 24MP selfie camera.

There’s also word of a Qualcomm Snapdragon 845 CPU powering a new dual camera (20MP + 16MP) capable of recording 960fps super slow motion as well as some really nice low-light photos. There’s also word of 10GB of RAM and 5G support out of the box. There also might be a 6.4” display, which is a step back up from the Mi Mix 2 and 2S’ 5.99” screen. This is also with a taller 19.5:9 aspect ratio.

What do you hope to see on the Mi Mix 3? The launch event is just around the corner so we’ll be finding out very soon.

Why do you call that leak?

The phone includes a case

Interesting... ever since after Huawei power up it's Night Mode capability, now everyone is naming after the same idea for low light camera modes - Night Sight from P3XL, now this Super Night Mode. Looks like low light capabilities will be the next i...