Xiaomi has uploaded a number of teaser posters for its upcoming Play smartphone that's due to arrive on December 24.

The teasers show the phone from the front and rear, revealing a display with a waterdrop notch on the front and a dual camera and fingerprint scanner on the back. 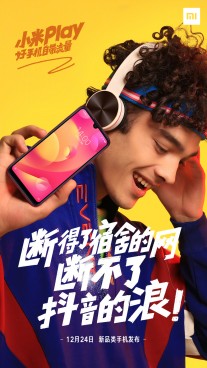 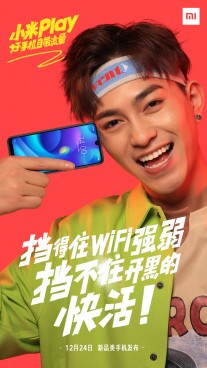 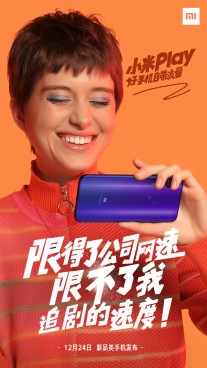 The phone looks very much like the one we saw on TENAA yesterday, which we assumed would be the Redmi 7 (or Redmi 7 Pro).

So if we go by those specs then the Xiaomi Play will have a 5.84-inch 2280x1080px display, a 2.3GHz octa-core processor, 12MP main camera on the rear (possibly mated to a depth-sensing second camera), an 8MP selfie camera and a 3,000mAh battery. 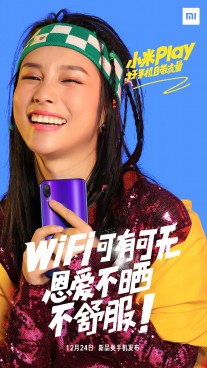 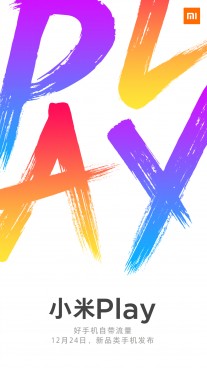 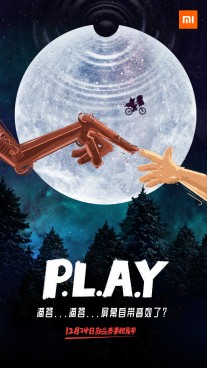 Whether the Xiaomi Play is indeed a separate phone to the Redmi 7 or whether they'll be the same thing for different markets remains to be seen. In any case we're eager to find out on December 24.

That's a very racist thing to say. I don't like Xiaomi or any of the other Chinese smartphone vendors but I wouldn't go far as to say something like that. It's ignorant.

I think waterdrop notches are okay, but I prefer the ones with a smoother, more waterdrop-like shape (like in Mate 20, for example), not a standard semicircle.

I hate Xiaomi phones with a notch because it still has a big bezel. What's the essence of having a notch then? I used Xiaomi Mi A2 Lite and I must say the design was ridiculous, just like this one.