The Xiaomi Watch S1 Active that leaked last week was rumored to go official on March 15. Well, that rumor has turned out to be true as Xiaomi today announced that it will unveil the Watch S1 Active next Tuesday at the same event where the Xiaomi 12 series smartphones will make their global debut. 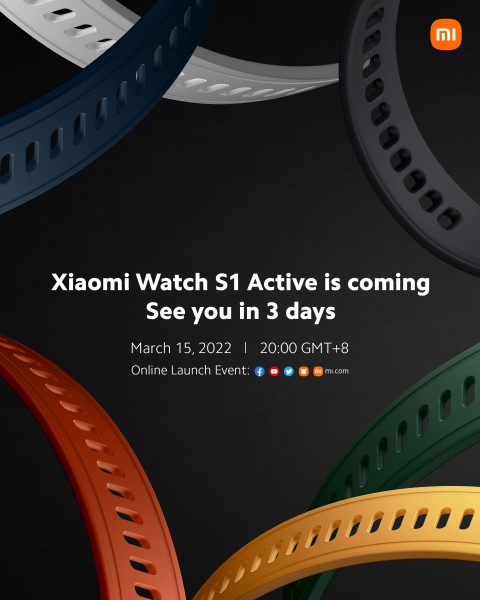 Xiaomi doesn't tell us anything about the Watch S1 Active, but the image it shared on Twitter reveals the smartwatch's straps will come in at least six colors, including white, blue, and black, corroborating a previous design leak.

Last December, Xiaomi launched the Watch S1 in China, but it's unclear if that will also debut globally at the March 15 event.

Either way, with the event just three days away, there's not much waiting to find out everything about the Xiaomi products which will be introduced for the international markets.

Images of global Xiaomi 12 and 12 Pro leak, along with prices for them and the 12X