Xiaomi's Pocophone F2 might not have 5G, at least in some markets

The long-awaited Pocophone F1 successor might finally arrive in the coming months or weeks and judging by the frequency of the rumors lately, it will be sooner than later. But if you are having high hopes for the Pocophone F2 and 5G connectivity is on top of your priority list, you might have to look somewhere else.

At least according to this snapshot from the TKDN certification in Indonesia. The model number M2004J11G matches the Pocophone F2's one and the listing clearly says it supports 4G-LTE bands and no word of 5G. Obviously, the chipset would still be the 5G-capable Snapdragon 865, but it looks as if the phone won't be supporting all bands. 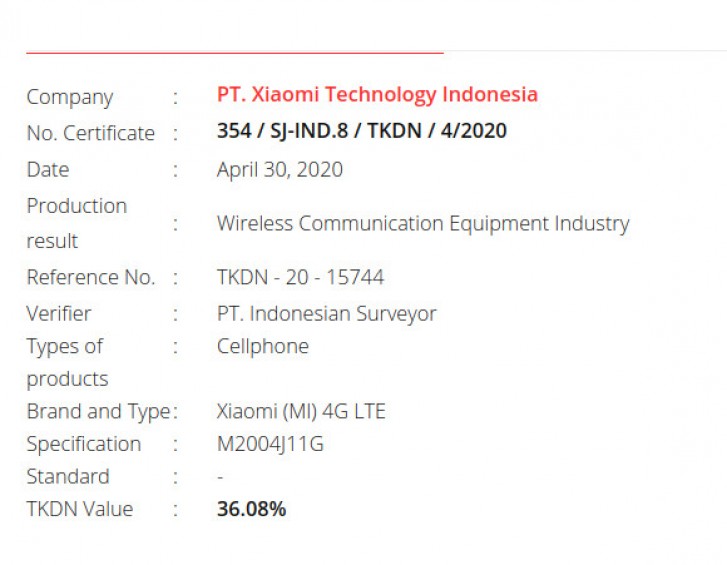 Then again, it could be a regional thing and the Pocophone F2 could be offered with 5G in most markets, whereas others will get the 4G version in order to keep the price low. It's also possible that the Pro model will get 5G while the non-Pro will settle for 4G for all markets.

Judging by the recently leaked European prices, however, we can expect that Europe would get the 5G-enabled version.

I am an Indonesian, one reason why POCO F2 still uses 4G connectivity is because in Indonesia there is no 5G network available, so the 5G modem on the smartphone is turned off . . at least that's what I hear from experts