Yet another set of Oppo A7 renders spotted online

The Oppo A7 is one of those upcoming devices that seem to love to linger in the rumor mill purely on principle, up to the very last hour before release. We already know its full specs sheet and that it is mostly a re-packaged Oppo Realme 2, complete with a smaller "tear drop" style notch. 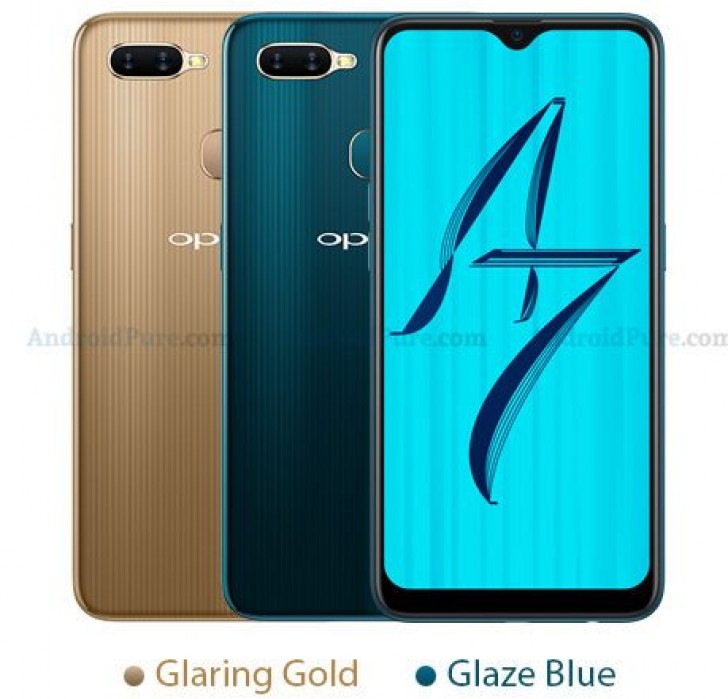 Another significant visual difference between the Realme 2 and the upcoming Oppo A7 appears to be the finish on the body. While the former has a pretty distinct geometrical pattern design, available in Diamond Black, Diamond Red, Diamond Blue colors, we had only seen the latter appear in a shade of gold, thus far. The only thing this new leaked render seems to bring to the table is a glimpse at another color option for the A7 - Graze Blue, as well as a name for the gold version - Glaring Gold.

The abstract Realme 2 lines on the back panel might be gone, but the A7 does appear to employ an interesting design of its own, with what appear to be vertical stripes or bands. Going by other renders, this will probably be a paint job, hidden underneath a smooth glass surface, rather than an actual texture on the back panel. 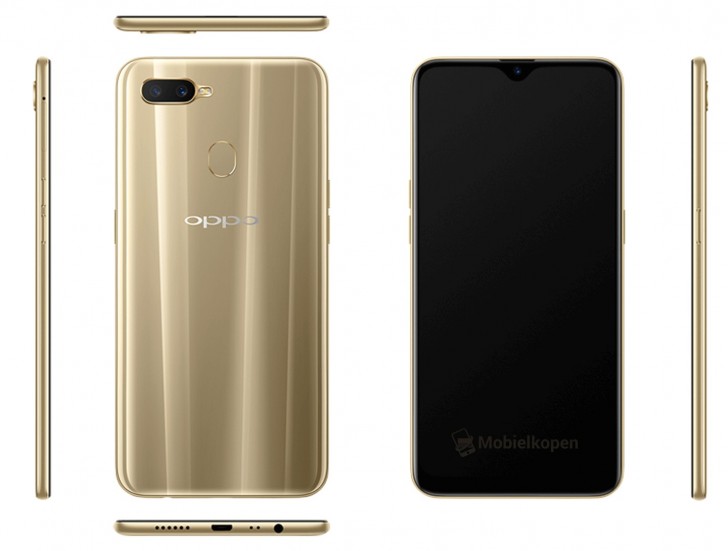 Beyond design, like we already mentioned, the Oppo A7 appears to be almost identical to the Realme 2 in specs. There is one notable upgrade to the selfie camera, now set at 16MP, instead of 8MP. Some of the other basics include a 6.2-inch, 720p, 18:9 FullView display, with Gorilla Glass 3, a Snapdragon 450 chipset, along with 3GB or 4GB of RAM and 32GB or 64GB of expandable storage. The main camera is a 13MP, plus 2MP setup and the whole thing is powered by a hefty 4,230mAh battery. You can check the Realme 2 specs page for more details.

Aside from the front chin size the phone looks good. Really like the trim around the camera's in the back.

These Oppo, vivo , honor should be ban.. as they are confusing the customers like hell... too many phones..