But that doesn't mean you won't be able to dislike a video since the dislike button isn't going anywhere, and you can still use it to tune the recommendations. It's just that the number of dislikes a video gets will now be private to creators who can access it in the YouTube Studio. 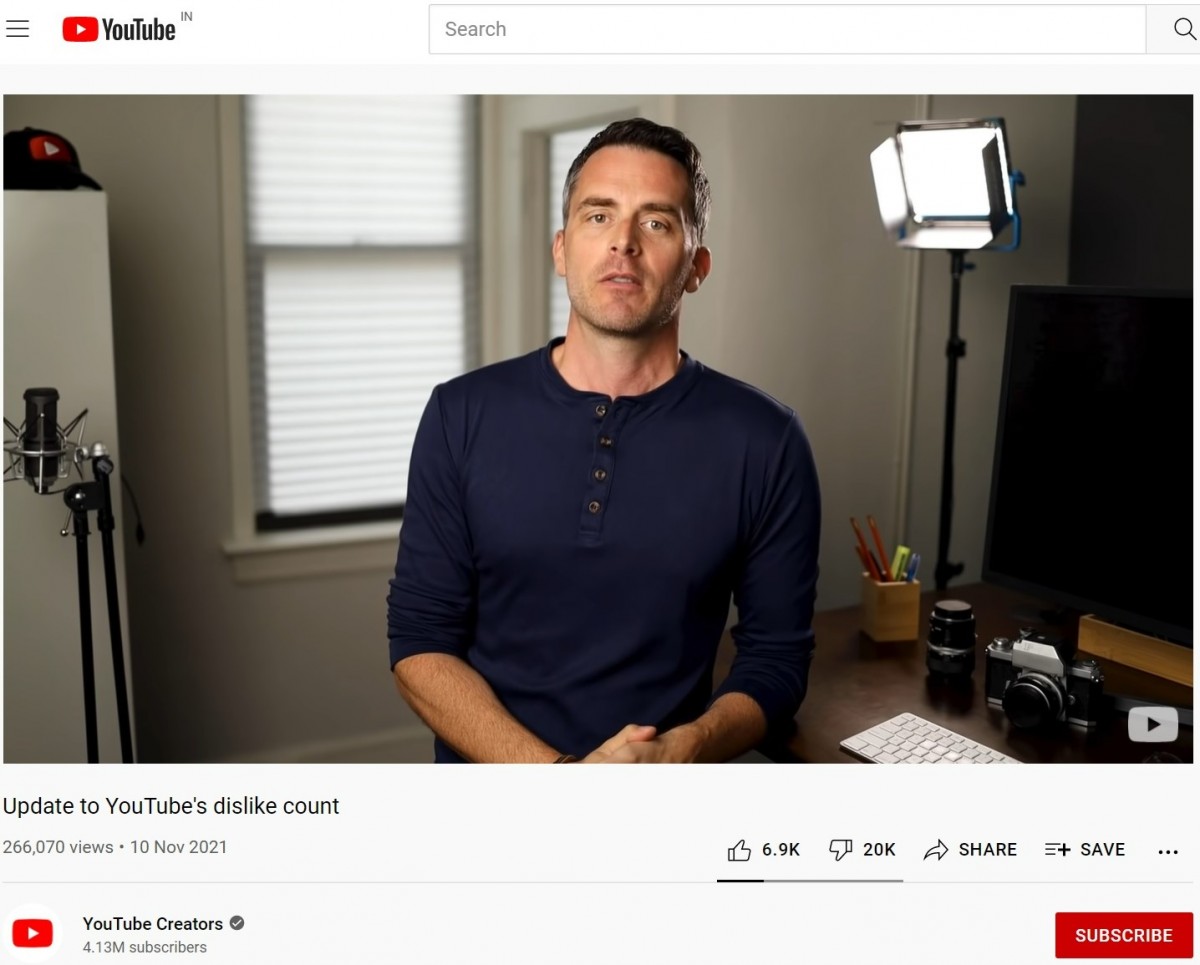 YouTube says that by hiding the dislike count, it wants to "create an inclusive and respectful environment where creators have the opportunity to succeed and feel safe to express themselves," and that this is just one of the many steps the platform is taking to protect the creators - especially the smaller ones - from harassment.

While that's a valid reason, one might argue that dislike counts on a video are useful since they help viewers determine if the video's worth watching. However, YouTube says that its research didn't find any noticeable difference in the viewership regardless of whether or not users could see the dislike counts. 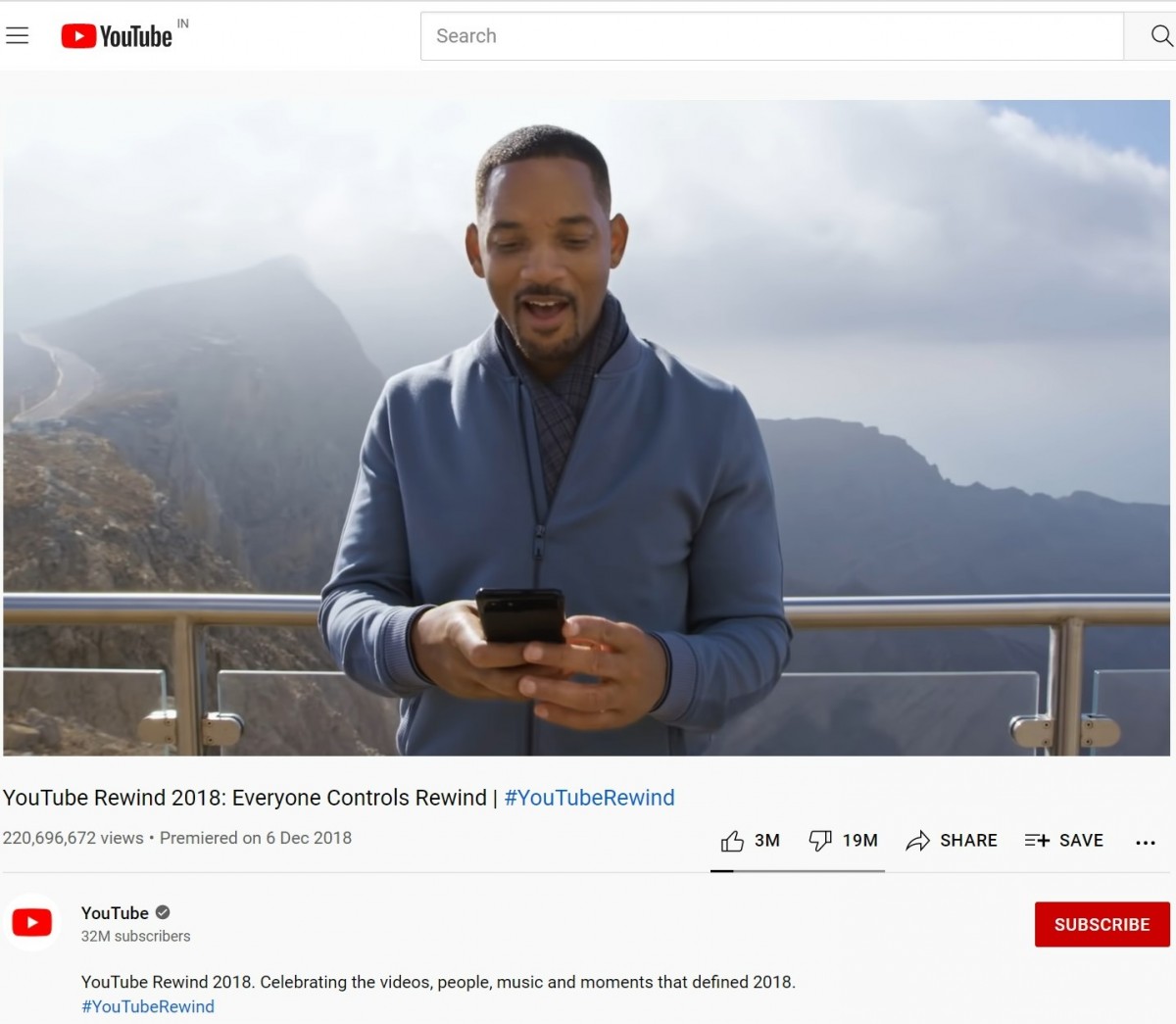 No, YouTube isn't hiding dislike counts because its YouTube Rewind 2018 is the most disliked video on the platform

The most disliked video on YouTube right now is YouTube's Rewind 2018, having 3 million likes and a whopping 19 million dislikes. But it won't be too long until those numbers go private since YouTube has started gradually hiding the dislike counts across the platform.

youtube as every modern plataform always "improving" with disasters, such a bunch of cowards it has no sense to hide dislikes as anyone can still dislike a video

Simple way to show YT how you don't like that controversial decision: ***Dislike ALL videos*** Sure, it hurts disliking good content but what YT did there is more hurtful for us all.