YU Yunicorn unveiling delayed to May 31

Micromax subsidiary YU Televentures has postponed the unveiling of its upcoming Yunicorn flagship smartphone. The device, which was earlier scheduled to be made official on May 19 (today), will now be announced on May 31.

Apparently, the reason behind the delay is lack of media coverage - May 19 has been chosen as "vote counting day" by the Election Commission of India (several states in the country went for elections recently), so obviously the media will be focusing there. 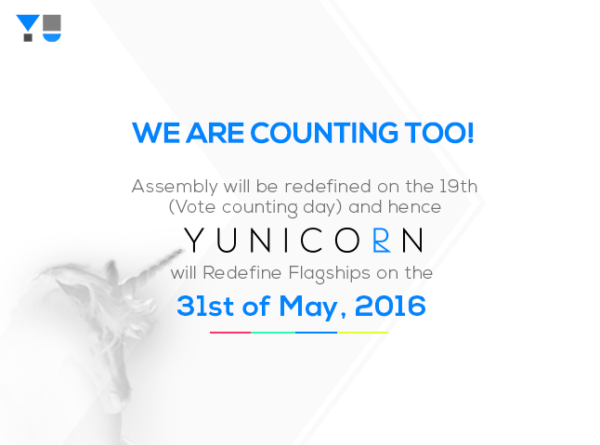 Coming back to Yunicorn, YU is marketing it as "the phone that will redefine flagships." Not much is known about the device's specs at the moment, but if it's the YU5530 that was recently spotted on GeekBench, then expect it to be powered by a MediaTek Helio X10 SoC, and come with 4GB of RAM.

Micromax IN 2b announced: 6.52" screen, stock Android, and big battery

Micromax In 2b and In 2c benchmarked with Unisoc chipset, show Helio G80 level of performance

What other possible things could they redefine from a Helio X10 SoC? It would blend into just another cheap smartphone. But if they rather meant Helio X10 with 4GB RAM smartphone for $50, then that is absolutely redefining of all current flagships wh...

Yes i m interested.not for buying it,just see another time tht how bad the product is after makeing such big Hype...LoL