YU's next smartphone is called Yunicorn, will be unveiled on May 19

A couple of days ago YU started teasing its next smartphone, that was said to launch later this month. Well, it hasn't been long and its name has been revealed, along with the date of the official announcement.

It turns out YU's next device will be called Yunicorn, and it will be unveiled at an event in New Delhi on May 19. This will apparently be "the phone that will redefine flagships", according to the official event invite which you can see below. 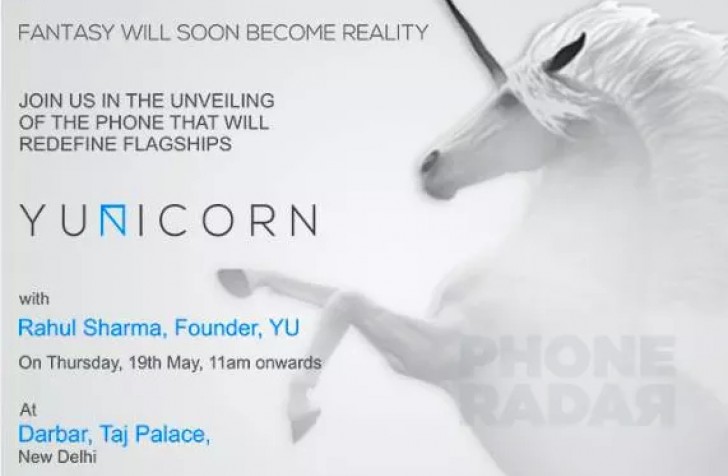 YU's Yureka Note was launched just last month, and now the Micromax spinoff is ready for yet another device. The Yunicorn might be priced below INR 15,000, and is likely to run stock Android. No other details about it are known at this point. However, if the Yunicorn turns out to be the YU5530 that got benchmarked a while ago, then expect it to have the MediaTek Helio X10 at the helm, and 4GB of RAM.

Keep bragging about your stupid logics. NGAF. Keep it up!

1. See, the company has claimed an AnTuTu Score ~ 47,000 and people are getting an AnTuTu Score ~ 44,000 which is great because Benchmarks in phones are like mileages in cars, the claimed score is subject to the no.of apps installed, no. of apps runn...