So you want an affordable but powerful phone with unmodded Android? “Affordable” means not a Pixel. “Powerful” dismisses Android Ones. And “Unmodded” discounts the likes of Xiaomi. A surprising answer to this question might be the ZTE Axon 7, a phone that is (unfortunately) no longer in production.

Launched in mid-2016 with Marshmallow, the phone is on track to receive Android 8.0 Oreo in April. And better yet, the company is dropping the MiFavor custom ROM to something much closer to stock – in fact, it’s called Stock+.

A test version of Oreo is currently running on some Axon 7 phones in the US. It’s Android 8.0.0 with the January 5 security patch, quite fresh. Here’s a shot of the About screen. 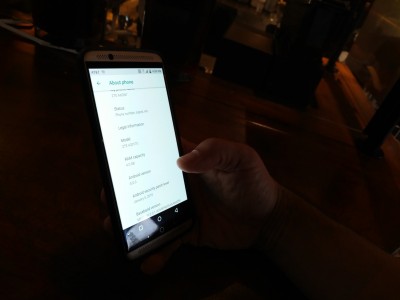 Clearly Stock+ will have some additions to AOSP, but to be fair even Google’s phones do not run AOSP. And ZTE is collaborating with the LineageOS team to help them build version 15 (the one based on Oreo) for the phone.

Anyway, you can probably still find some leftover Axon 7 units - at less than €300 for a QHD AMOLED screen, stereo speakers and Snapdragon 820. But what we really want is a new model. So come on ZTE, bring out the Axon 8.

ZTE confirms Axon 7 will have a successor

I own the Axon 7 and it's a great device. It has been a bit slow to receive the Android 8.0 update, but I'm trying to refrain from rooting my device. Overall the phone is almost perfect for my needs. The specs are on par and the only thing that might...

and has very good performance

still most expensive android phone by samsung is not getting android. Shame on Samsung. probably they are busy making slow version of android.