AnTuTu revealed its June rankings for the best performing Android phones and the ZTE nubia Red Magic 3 took the top spot again. The phone was the best performer last month and still holds a narrow lead over the Xiaomi Black Shark 2, which came in second place. Rounding out the top-three is another Xiaomi phone - the Mi 9 Explorer. 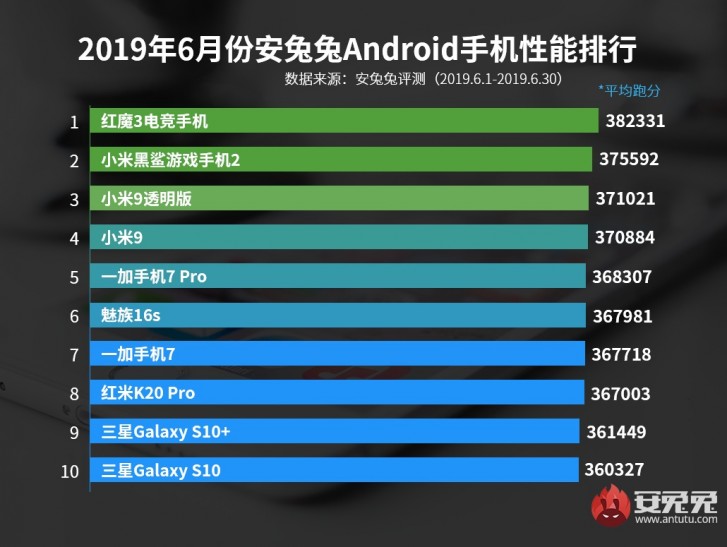 Xiaomi’s domination of the chart continues with the Xiaomi Mi 9 which came in fourth, closely followed by the OnePlus 7 Pro and Meizu 16s.

The OnePlus 7 and Redmi K20 Pro come in at the seven and eight spots. Rounding out the top ten are Samsung’s Galaxy S10 and S10+ which take the last two available spots for the second month running.

If you have one camera, you should have ois. Also, with an 855+ there should be a 5g version. 5g will reduce lag and in 2 years phones without it will be at a disadvantage gaming unless on wifi.

Does that test stresses both the CPU and GPU and does it have benchmark results in the end? Without benchmark result, temperature testing would be invalid. having internal cooling does not mean that it won't hit max temp. In fact, it would still hit ...