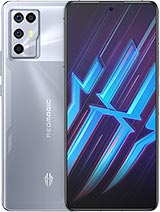 bruh, 16 Jun 2021dude if you are gaming on a phone you don't want Bluet... moreDefinitely if I were them I would think of anything to fit a hi res 3.5 slot into it till the lauch event

bruh, 16 Jun 2021dude if you are gaming on a phone you don't want Bluet... moreI also think like that but problem is high quality 3.5mm Jack is way better than high quality dongle but dongle are actually available for super cheap and good quality so but I was talking about Bluetooth Bluetooth can match quality of 3.5mm Jack but latency also u can use earphones which are type-c(I still have no idea what dongle really mean nor have I ever seen someone using the jack so) but anyway I use my cheap wireless headphone which have... Like REALLY good quality for its price I'm not saying flagship grade but better than most midrange even though it cost like 5 dollar and when it's charging is low they gav eme free pidk what its called but yea I could connect it to my phone without Bluetooth and sound quality same

Dudenoway, 11 Jun 2021Stop complaining about msd alot ufa storage is miles faster... moredude if you are gaming on a phone you don't want Bluetooth or 3.5 jack, believe me. I also used to think a jack was %100 necessary till the moment i started using a dongle DAC, it's a HUGE difference! Why would you want a headphone jack when a type C DAC with AMP will give you 10x better sound? a decent one is only like 9 dollars and you would be able to use it on your PC as well. The only problem is that after using a DAC you will want to buy another expensive one.

Dudenoway, 15 Jun 2021Msd only useful when phone have only 32 gb or 64 gb of base... more(resuming that thing again I accidently clicked submit) hp jack exist on midrange and budget phone because they usually have better value for money than flagship and if ur paying cheap u should not spend much more because then phone automatically becomes overpriced unless it is REALLY cheap so yea

Blueheaven, 12 Jun 2021Yea. Annoying as hell when people still complaining about m... moreMsd only useful when phone have only 32 gb or 64 gb of base storage but 128gb is more than enough unless it an heavy music loathe and u have heavy files and big videos but I also think that no headphone jack isn't a valid excuse for flagship like if u can pay that much money for it then u can buy another good quality wireless headphones p and that is why hp jack is common in midrange and budget phones

No screen protection? Or is it a mistake from GSMArena.
I like the phone though at least for the price but no Corning gorilla glass protection is a deal breaker for me.

Anonymous, 08 Jun 2021No 3.5mm, no mSD... Yeah, just another chinese phone like ... moreStop complaining about msd alot ufa storage is miles faster than msd slot when it comes to storage reading and blah blah. I agree with no headphone jack because Bluetooth latency is a disaster for gamers but well they needed to cut cost so yea

How u gon be a gaming phone with no headphone jack.....

OFX, 03 Jun 2021Isn't Red Magic a gaming phone line-up? They just swa... moreIts not meant to compete with the ROG or legion mate. The red magic 6 pro is supposed to hold that role. This is red magic that tone down its gaming a little to attract casual gamers.

But i do agree its weird how its very comparable to the zte axon... Weird choice considering they are under the same umbrella.

No 3.5mm, no mSD...
Yeah, just another chinese phone like its brothers/sisters.
Same story...

Some of the specs need changing on this page. It has a glass back according to the red magic website but it's listed as plastic on here. It's also 7.8mm thick and can record 8k video which are missing from this page.
Looks like an interesting, well priced device. I'm tempted to get one when it launches!

Wow, I'm really impressed with the Nubia Red Magic 6R! I would say the main competitors are the Redmi K40 Pro and the Realme GT, and what's awesome is that in a lot of areas the Red Magic 6R beats both phones! For example, the screen. Red Magic 6R has 144hz, vs the Realme GT and K40 Pro having 120hz screens. Sure, you can make the argument that the difference between 120hz and 144hz is small, but more hz is always better than less! Also, the screen to body ratio is almost 88%, while the GT and K40 Pro have around a screen to body ratio is 86%. Doesn't seem like a big deal or anything, and yes these differences are small, but they add up! I would say all phones are similar with their camera. Only thing that might not be so good for the 6R is the 4200 MAH battery, pretty small. But im sure even if they did put a 7000 MAH battery in this phone these people on GSMArena in the comments would still be complaining, saying "sir company your phone is trash it needs 15000000 MAH do not buy this phone". LMAFO! Anyways, there's not too much to complain about this phone. Sure, I would complain about some things if it was higher priced, but you have to remember, this phone is only $499 USD! This is one of the cheapest phones ever with a 144HZ display that's AMOLED, with a Snapdragon 888, with a stereo speaker setup, with a fantastic design.

Looks like a good device for the price. UK price of £429 has just been revealed for the 8GB/128GB version which seems pretty decent. However the Realme GT global edition is rumoured to be under £400 and that comes with faster charging (65W) and a headphone jack. Although the Red Magic has USB 3.0 with DP and shoulder triggers so I'll probably go for Red Magic.

with little some changes

Global Rom of GT...already in the way with 400euro price tag just like magic 6r

OFX, 03 Jun 2021Isn't Red Magic a gaming phone line-up? They just swa... moreRed magic 6R $400, ROG5 (non ultimate) $1000 (in my region), Legion 2 also $1000 (Out of stock in my region). When you can almost buy 2 RM6R phones for the price of one single ROG5 base model with money left over. It's hard to say that this phone can't compete due to it being a fraction of the cost. If someone's primary focus is just gaming, I really don't see what the ROG5 has that makes the $600 dollar price difference really worth it? In another like 10 months the ROG5 will be outdated once the new SD 8XX processor comes out. Then you can buy the RM7R and also have a RM6R and probably still have paid less than one single ROG5 phone.

Isn't Red Magic a gaming phone line-up?
They just swapped 64MP camera of Axon 30 Pro with a lousy 8MP and rebranded it seems, but they are about same price.
There is no way this phone can compete with Legion 2 or ROG Phones.

Ngl, not a fan of ZTE at all, but this phone seems really solid.

I hope that the RM7 doesn't have a holepunch

For a gamer like me, this phone is golden. Pressure sensitive zones, Qualcomm SnapDragon 888 chipset, Type C to 3.5mm included Wire. excreta excreta........... To be honest, I'm not the guy who spends his time snapping his own pics and uploading them on social media ( I'm not saying it's a bad thing so please don't get offended) so I really don't care of the camera. It's good enought to take a proper pic. That's enough.