ZTE unveiled the nubia Z11 a couple of days ago, and registrations for the device were opened shortly after that. Now, the Chinese company has revealed that over a million people have already registered for the phone's first sale - in fact, the one million milestone was reached in less than 24 hours. 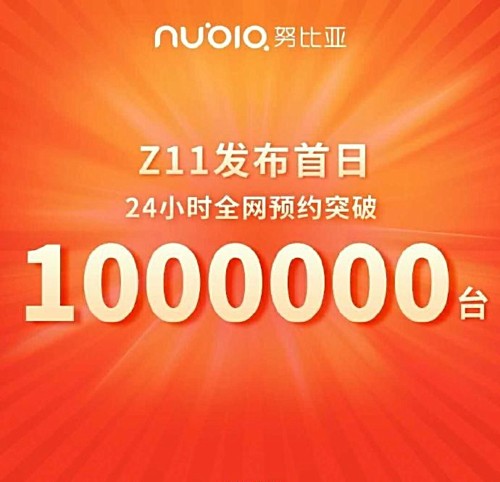 While that's no doubt impressive, keep in mind that the figure only represents those who have registered for the sale, and not actually pre-ordered the handset, meaning no money has changed hands yet.

Registrations are open until July 5, and the sale is scheduled for July 6. You'll be able to purchase the nubia Z11 from the company's official web-store as well some third party retailers, including Tmall, JD, and Suning.

It's worth mentioning that the device is also up for international pre-orders.

they dont even have the color I want, or the storage option. larger storage is only in gold and costs 200 bucks more...

Ugh seriously, why would any one purchase a ZTE, every one I'ved even encountered has been nothing but troublesome, though maybe this'll b the phone to break the trend. For ZTE's sake lets hope so