ZTE to announce Blade V9 with 18:9 screen and Snapdragon 450 at MWC

ZTE managed a pretty rare feat back in December - leaking one of its own upcoming devices. The phone in question is the Blade V9, which got listed on the company's official website for Spain. That was obviously pulled quickly but we still grabbed some official images and the full specs nevertheless.

According to an unnamed source speaking to Android Headlines, the Blade V9 will finally become official at MWC, when ZTE plans to unveil it for the world to see. The handset is expected to be "quite affordable", which makes sense given the Blade line's legacy and its non-flagship specs.

The Blade V9 will be the first ZTE model to ship with an 18:9 touchscreen, adhering to the hottest trend of the moment in mid-range circles. It will be 5.7" in size and sport 1,080x2,160 resolution. AMOLED lovers will be disappointed to learn that it's an LCD part. 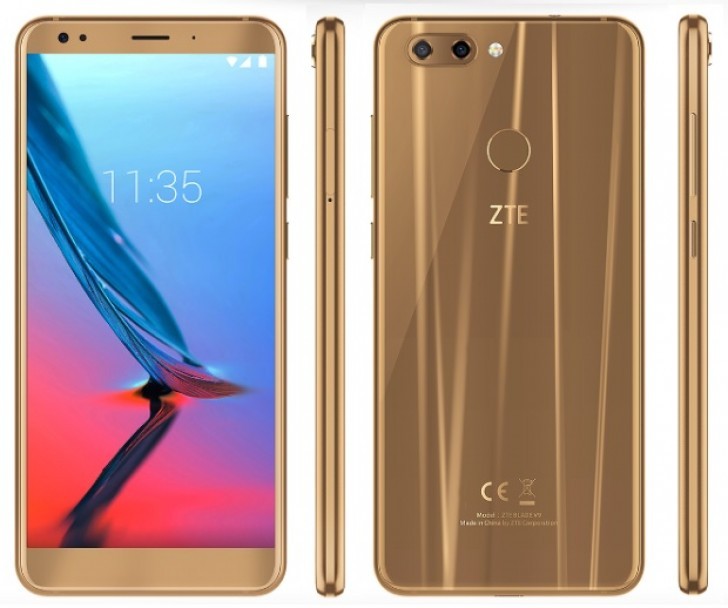 The smartphone is powered by Qualcomm's Snapdragon 450 chipset paired with either 2, 3, or 4GB of RAM, depending on which version you pick up. Similarly, built-in storage will be 16, 32, or 64GB. A microSD card slot doubles as a second SIM housing.

The Blade V9 boasts a dual rear camera setup, with a 16 MP autofocus unit and a fixed-focus 5 MP snapper. Aperture is f/1.8, and the selfie cam is 13 MP. A 3,200 mAh battery provides the juice, the headphone jack is still in, and the fingerprint scanner is on the back as you can see.

The phone is quite stylish with its glass and metal sandwich design worthy of top of the line devices. Expect to see it offered in black and gold.

New ZTE handset with Android 8.1 Oreo on board gets Wi-Fi certified

ZTE Axon M launches in China this Saturday, Europe by the end of the quarter

There are plenty of $500 phones with better specs. This phone has good specs, they aren't great specs, but they ARE good and for the vast majority of people this phone will do everything they need and more and for an affordable price. I paid $550 for...

Haha, huuuuge bezels (for this day and age)

So be patient and wait for Axon 9.