ZUK Edge official announcement will be on December 7 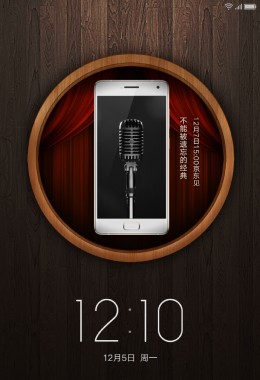 The ZUK Edge has been leaking a lot in the past few days and weeks, and now we're finally very close to its official unveiling. In fact, this will happen on December 7, so this Wednesday. Last week we heard from the Lenovo-owned company's CEO who revealed that the Edge would be announced this week, and now the day is known too. The new information also comes from ZUK CEO Chang Chen, who made the invite you can see to the left public.

The ZUK Edge is by no means a mystery anymore, as we've seen it in renders as well as live images. Furthermore, it's passed through TENAA already, which means we also have most of its specs.

SamKing is coming for you haters! Plus I was being partially sarcastic about the lawsuit and new name lol

LOL! Are you serious? Samsung fanboyism is in overdrive it seems.

If that was the case then they would've sued every company that used the word Note when said Note devices don't even support a stylus of any kind lol I know you're being facetious but seriously stop copying Samsung there are a lot other words they ca...