We are just a day away from Google's annual I/O conference but that's just enough time for a very massive leak on the Android 12. According to an inside source speaking to Jon Prosser, the tech giant is looking to re-design Android's UI and focus on stronger privacy and security in its next major release.

The new design includes revamped toggles, buttons, widgets and even new animations. The media player in the notification shade is also due to an update, according to the video. The icons, keyboard, and other UI elements will be more in line with the overall Android aesthetic. Supposedly, Android 12 will allow notification grouping of apps of your choice. Check out the screenshot of some of the re-designed UI elements. 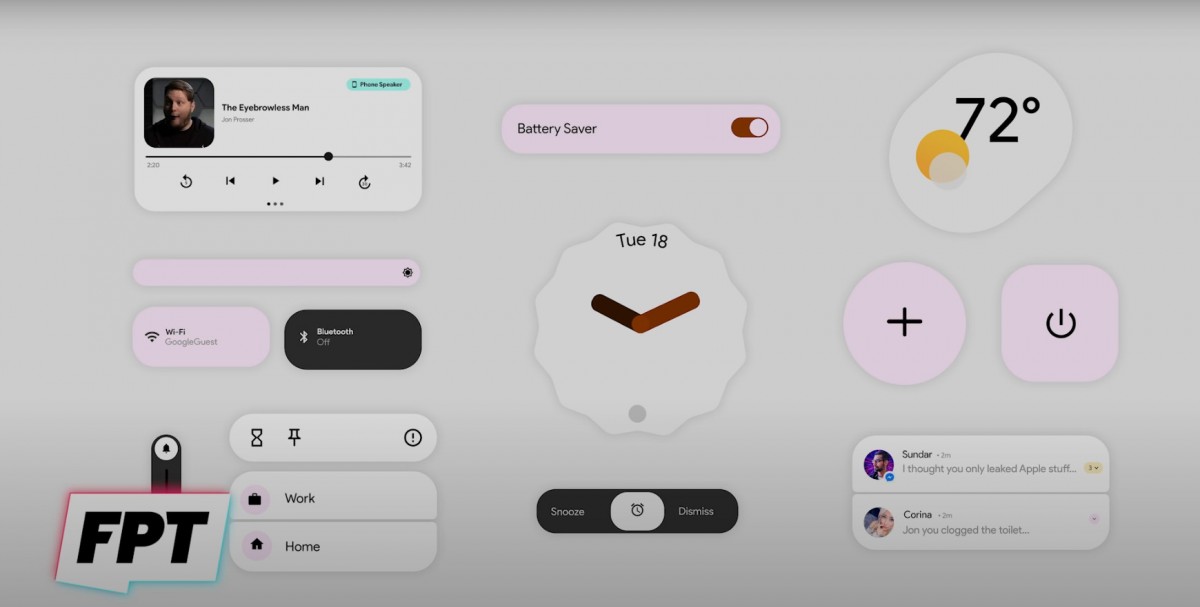 Unfortunately, there's no word on what kind of security features Google is planning to implement and what it means by "all of your devices working better together" but the video at the source link below gives a little bit more insight on the UI re-design. There's even an alleged Android 12 promo video showcasing some of the new animations and the new way you can interact with the UI elements.

Android 12 to auto-hibernate apps you don’t use

It's a set of features that lets you change homescreen, lockscreen and UI colour dynamically, depending on user input or automatic input. It's a bit more than just a different homescreen.

On the security side, Google has just hired the Magisk guy to work in their Android security team. Looks like Safetynet may start working properly after all these years -- to be clear, that may not be such great news for those using custom ROMs. ...

Hahaha this is hilarious 😂