Acer has held a ceremony in its home country of Taiwan to celebrate the closing of the 2017 Taiwan Universiade Games. The ceremony was held to honor those who participated in the games where the General Manager of Acer Taiwan presented 380 special-edition Acer Liquid Z6 Max smartphones to those who participated in the presence of Su Liqiong (Secretary of the Taipei Municipal Government) and Li Weibin (Director of Taipei Municipal Govt. Information Bureau). 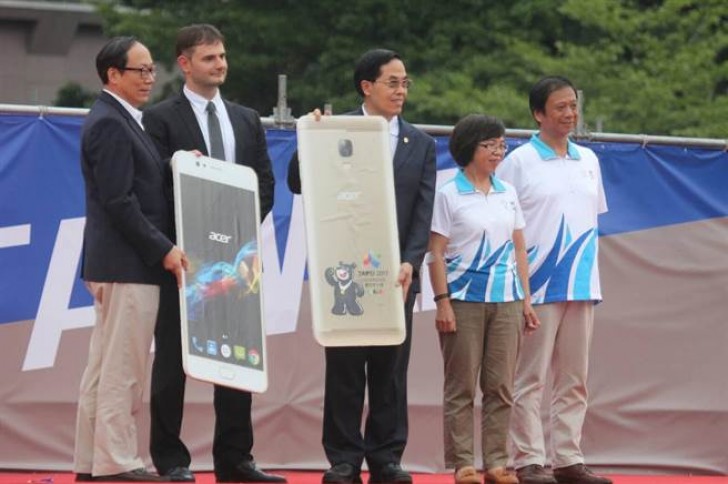 The Acer Liquid Z6 Maxs leading feature is the large 4,670 mAh battery. Theres also an unmentioned octa-core CPU which we are assuming is a MediaTek model. There are also 4GB of RAM and 64GB of internal storage. 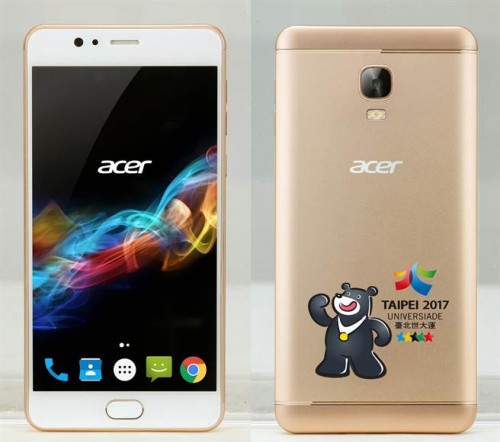 The display is of the commoditized 5.5/1080p variety. Conflicting translations say there is either a 13MP or 16MP main camera with an aperture of f/2.0. There are also capacitive keys and a fingerprint scanner.

Acer prices this device at 9,900 TWD (330 USD) which is quite high for such a smartphone. This leads us to believe these special edition smartphones might feature real gold parts or accents on the phones body. Again, the post was translated from Mandarin so that part isnt entirely clear.

The phone also features the Universiade cartoon bear on the back with the Games logo.

Please am looking for this device to buy in Ghana where can I get it.

It should be 1/3 inch sensor instead. Also, dimensions are 153.8x76.3x9.2mm. The 2 sources additionally mention that the phone features an ultra-thin metallic body with an excellent grip and that the rear camera comes with an advanced imaging chip fo...

Lmao. Is this a phone or a TV? Look at the guy holding it! Btw where is the remote man?