alcatel’s Android Go phone – the 1X - is hitting the US

During the MWC, alcatel – TCL’s own smartphone brand announced a bunch of new devices, including the company’s first smartphone to run Android Go – a leaner version of Android designed to run on lower-end hardware. This Android Go-powered phone is called the alcatel 1X. For the record, Android Go was renamed to Android Oreo (Go Edition).

Given the price and specifications of the aclatel handset, we were unsure if we were going to see the alcatel 1X arrive to the United States. alcatel confirmed to The Verge that it was going to bring two new alcatel smartphones tot the US: the aclatel 1X and the alcatel 3V. 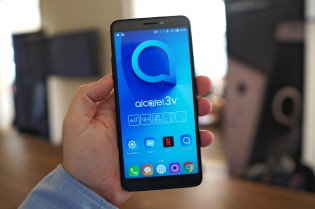 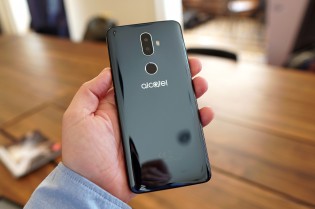 The 3V is powered by a quad-core MediaTek CPU and paired with 2GB of RAM. It sports an 18:9 6-inch FHD+ display and has a 3,000 mAh battery. Otherwise, the phone runs Android Oreo 8.0 and comes in either 16 or 32 GB of storage with a rear-mounted fingerprint scanner and a 12MP + 2MP dual camera setup. 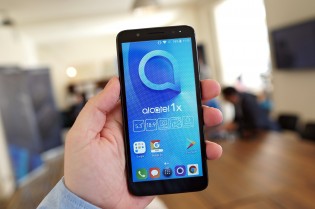 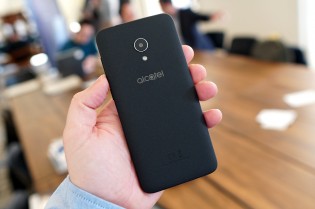 Meanwhile, the aclatel 1X has a much smaller 5.3-inch 18:9 display with 480p+ resolution. The 1X also runs a quad-core MediaTek CPU (though a bit slower than the 3V’s) and is paired with 16GB of storage and 1GB of RAM. The battery is quite small at 2,460 mAh but a good fit for the phone’s small display and low resolution.

Otherwise, the 1X runs Android Go, which has much less demanding hardware requirements and is ideal for any watered down versions of the full app like Facebook Lite or YouTube Go. The international version of the phone does not feature a fingerprint scanner but the word is that the US version will have a rear-mounted one.

As for pricing and availability, the company didn’t say when it plans to bring the affordable duo to the States. The 1X is slated to be going for “under-$100” which means we can expect a retail price of $99.99. Otherwise, the 3V is going for €190 in France, so maybe we can expect a target price of between $170 and $199 for this one.

I hope you can install non-Go Apps too?, since go apps are limited.