All premium Huawei Mate 20 phones can now be updated to EMUI 9.1 – the Mate 20, Mate 20 Pro, Mate 20 X and the Mate 20 RS Porsche Design. Actually, the rollout for the X started a couple of days ago, likely as a final tester before the full release. 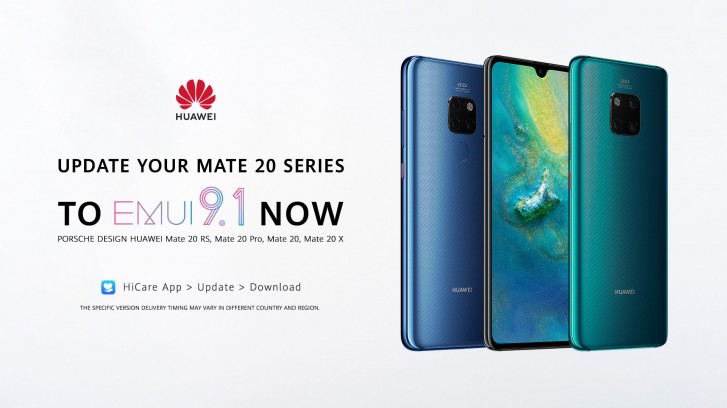 EMUI 9.1 is based on Android 9 Pie (same as EMUI 9.0), but offers a more optimized experience including a new file system, EROFS, and GPU Turbo 3.0 (with support for 25 games). The camera app gains the Moon mode from the P30 phones. The Mate 20 series has been in beta since April.

Here's a quick 40 second tutorial on how to install the update:

This concludes Huawei’s update schedule for June, July will bring the new software to 14 more phones. A total of 49 devices will be updated (though the time frame for the rest is unclear). As for the next version of Android, 14 phones will be updated to Android Q, including three Mate 20 models.

Forgot to say, I am mate 20 pro in New Zealand,