At an event on June 9, Lenovo is probably going to unveil the 4th generation Moto G (and possibly even the 4th gen Moto X too). As we get closer to that date, we're starting to see more and more leaks about Motorola's upcoming smartphones.

Case in point: today the alleged front panel assembly for the Moto G4 has been spotted on eBay, offered to whoever might be interested in purchasing it. This item, if genuine, thankfully gives us an idea of the phone's screen size and resolution. 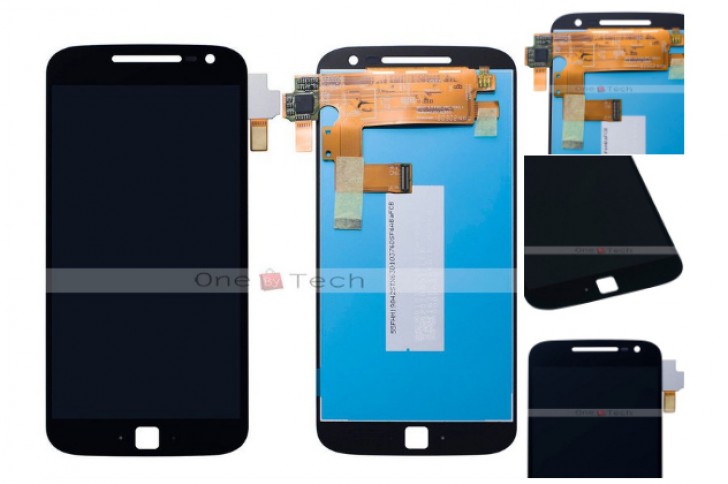 According to the writing on the connector that can be seen on the back of the screen assembly, this is a 5.5-inch Full HD (1080p) part. On the front (see the image on the left above) you can clearly see a cutout for a physical Home button - which wouldn't be there unless it also housed a fingerprint scanner. This is obvious from Moto's past handsets, which did not have such a sensor, nor the Home button. And since Lenovo has confirmed that all Motorola devices this year will come with the biometric authentication method, all's pretty much clear in this regard.

Less so is which exact model this front panel belongs to. Some rumors from the past pointed towards there being two Gs this year: a Moto G4 and a G4 Plus. If that "plus" stands for screen size, then this panel could in fact be from that device, with the 'vanilla' G4 perhaps opting for a 5" or 5.2" display instead.

If this is the size of the regular G4 then it'll turn away a lot of potential buyers, 5.5" should be reserved for the Plus model by including a bigger screen, battery and better SoC.

my single right thumb is enough to manage bigger screen like 5.5 or 6 inch.and i think bigger screen is better reading , browsing and gaming so most of humans or smartphone lovers look for bigger one. few exception can not be counted in mejority . al...