A new rumor about a future device comes right on the heels of the OnePlus 7T launch, before the newly announced device is even available to purchase.

@Onleaks and CaskKaro have co-released a set of renders for what’s supposedly the OnePlus 8. The render looks very identical to the OnePlus 7 Pro from earlier this year, but there are a couple of differences that are only visible through a microscope. 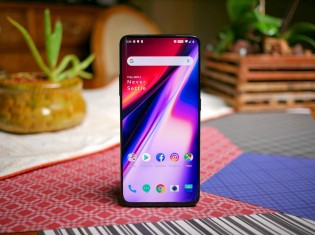 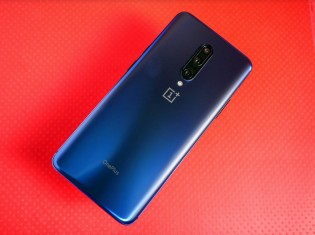 The first and most noticeable difference is probably the paint job. The 7 Pro launched with a Nebula Blue color, which was a blue gradient that faded to a much darker tone than the color we see here. This render looks to be the Glacier Blue color that the OnePlus 7T has.

Next, there’s a hole-punch camera in the upper-left corner of the display. The OnePlus 7 Pro has a pop-up camera by contrast and adding a hole-punch would leave more room to perhaps include a larger battery, or maybe even a wireless charging coil. The latter is also rumored to be present on the OnePlus 8.

OnePlus had previously expressed that it would not include wireless charging on its devices because the technology wasn’t worth the slower charging speeds at the time.

Some time has passed and we’re seeing smartphones with wireless charging speeds of almost 30W from both Xiaomi and Huawei, so could this be the year that OnePlus decides wireless charging is worthy of the OnePlus brand?

Other minor differences are the updated loudspeaker – it’s a port rather than a grille, and the notification slider has wavy ridges instead of the 7 Pro’s criss-cross texture.

The renders above were generated as per “detailed schematics as disclosed by the company insider”. The report even includes dimensions of mm 160.2 x 72.9 x 8.1 mm, which is just shy of the 7 Pro’s 162.6 x 75.9 x 8.8 mm. The display is said to be 6.5-inches, suggesting that this would be a slightly smaller version, identical to the OnePlus 7 Pro in appearance, only with a hole-punch display and presumably the same 20:9 aspect ratio on its display – like the one on the 7T.

We wonder if OnePlus would still release an 8 Pro alongside the 8, because that would be the phone to look out for.

Yeah I hope that they bring back the audio jack.

it all started with the premium phone with minimum price... now it just copy this and copy that and do a lot of advertisement... and increase the product price I think i will go for ASUS ROG II...it looks awesome and it is a beast inside

The ROG phone is one of a kind, and probably one of the last of it's kind. You could probably keep it for at least 4 years, it's capable