In an interpreted interview between CEO of OnePlus Pete Lau and CNET, it was revealed that the next-generation OnePlus handset will not offer wireless charging. The Chinese phonemaker has always been about packing the best flagship features in while leaving out whatever it could to keep the cost of the phone down. One of those features is always wireless charging.

It isn’t to say that OnePlus will never offer wireless charging on a future device. “OnePlus charging is one of the best” said Lau in reference to OnePlus’ proprietary charging standard: Warp Charge (formerly Dash Charge). Lau explained that wireless charging is too slow in its current standard and compared it to a half-hour top up on the Dash charger. 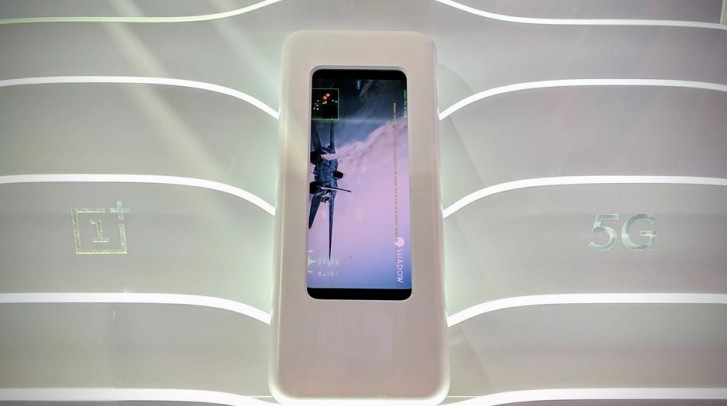 OnePlus is actively working to accelerate wireless charging technology that would ultimately be a true benefit to the consumer – in OnePlus’ eyes, that means it should be much faster. The current challenge is figuring out how to charge quickly without generating much heat. When asked whether the newly announced Qualcomm Quick Wireless Charge standard would be incorporated with OnePlus in the future, Lau declined to comment.

Apple’s entry into the Qi wireless charging standard with the iPhone 8 marked the widespread popularity of the feature. Since then, many phone makers have brought wireless charging on their flagship smartphones including Samsung, Huawei, LG, Xiaomi, and Razer – just to name a few.

At the MWC, OnePlus displayed a prototype of a 5G handset with a taller 21:9 ratio display but it was wrapped up in a case so we couldn’t see the actual hardware. This isn’t specifically the OnePlus 7. When asked about a OnePlus 7 prototype, Lau commented he had it on his person but it was not ready to show to journalists. Lau also declined to comment about rumors for a pop-out selfie camera.

OnePlus usually announces its next-generation flagship around May or June so we can expect to see the OnePlus 7 around the summer time. We’ll be covering rumors and leaks until then.

It would've been fine if the line didn't include Samsung and LG which already had wireless charging on ALL their flagships since the S6 and G6. Both came out well before the ip8.. It's not comprehending but just plain old fact twisting. S6 was a wh...

what a joke lol. no wireless charging, no sdcard slots and no ip class... guess never settle is a thing in the past....