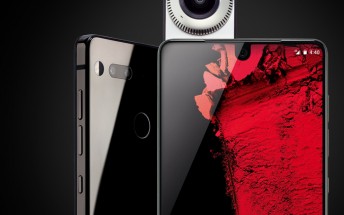 Essential has confirmed that its debut smartphone - PH-1 - will get the Android Oreo update soon. The confirmation came in the form of a tweet from the company's official Twitter handle.

Get your milk ready–#AndroidOreo is coming soon to Essential Phone. Watch for updates in the next couple months. pic.twitter.com/GEV1ntvDao

As for update time-frame, the tweet says "in the next couple months." This is inline with what Essential's VP of Software Rebecca Zavin recently said - that the update would arrive "in the next month or two." So we expect the roll out to begin before December in any case.

meh that's all I can say for this phone

IPS LCD screen? No thank you Essential! Wake me when you upgrade to OLED

This thing is dead on arrival. Aside from the PR disaster of it being months late and half the senior staff leaving the company, having read both reviews and a few user reports, it's a low stuttery mess that's beyond buggy, and half the apps don...