Samsung decided to follow the footsteps of its competitors and started blasting devices left and right to cover all available markets. This year’s Galaxy A series has no less than 10 new entries, and it looks like another one is coming.

A phone with the model number SM-A307FN popped up on Geekbench, yielding pretty much the same results as the Galaxy A30 we've tested - 1,319 for a single-core and 4,116 for multiple cores. 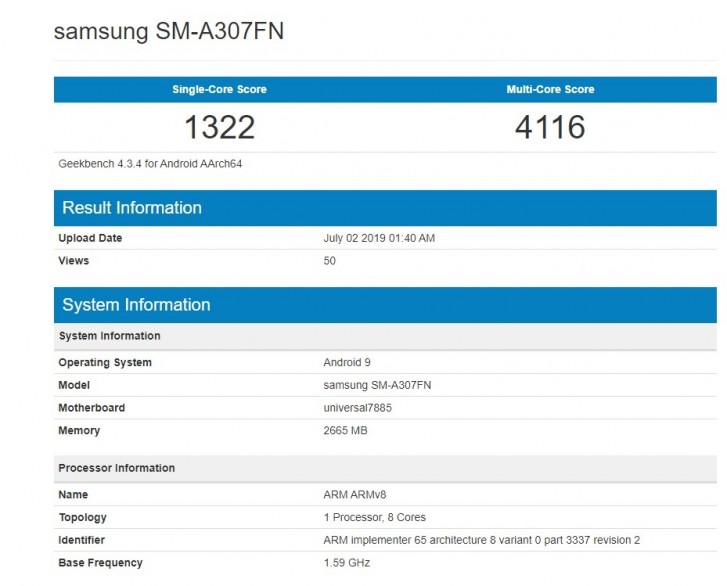 The standard Galaxy A30 was released with a 6.4” screen and Exynos 7904 chipset. One of the directions Samsung could go is a Galaxy A30e with a smaller screen and less battery capacity. The company already did this to the Galaxy A20 that was launched in the Asia-Pacific region, while the Galaxy A20e can be purchased in Europe with the very same differences as mentioned above. 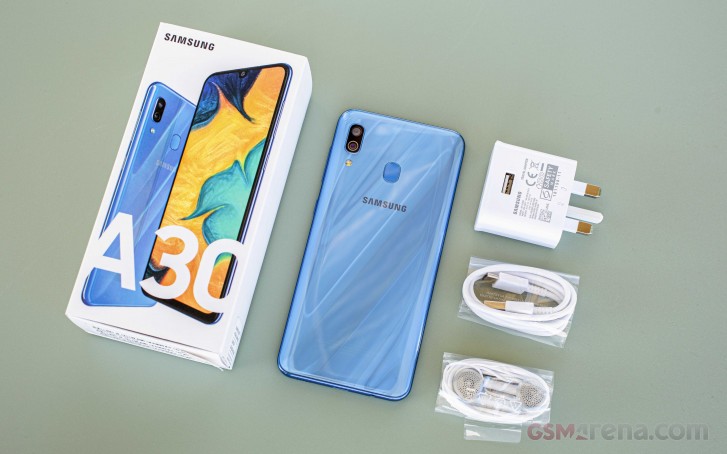 When we met with Samsung in their Italian office in the city of Milan, officials told us this is due to Europeans wanting smaller devices that can easily fit in one hand, hence the Galaxy A20e. Although that raises the question of whether the A30e is also going to be exclusive for the Old Continent since the regular Galaxy A30 is already selling.

We’ve seen the moniker Galaxy A10e in the United States, so who knows, maybe the US market is getting another new phone.

Our Samsung Galaxy A30 video review is up

Fed up of having big phones , request samsung to release a20e in india soon .

why not other countries. am ready to exchange my mi A2 for smaller phone.