Following last night's launch event, AnTuTu published a screenshot of a OnePlus 6T score sheet with pretty impressive results. The overall score is 298,011, which is an improvement over the OnePlus 6's average score of around 289,424, despite the two phones packing identical chipsets.

Last month's AnTuTu global ranking placed the OnePlus 6 in the third position right after Asus' ROG Phone and Xiaomi Black Shark. But the OnePlus 6T is here to disrupt the charts - the screenshot says it takes second place, right behind the ROG Phone. 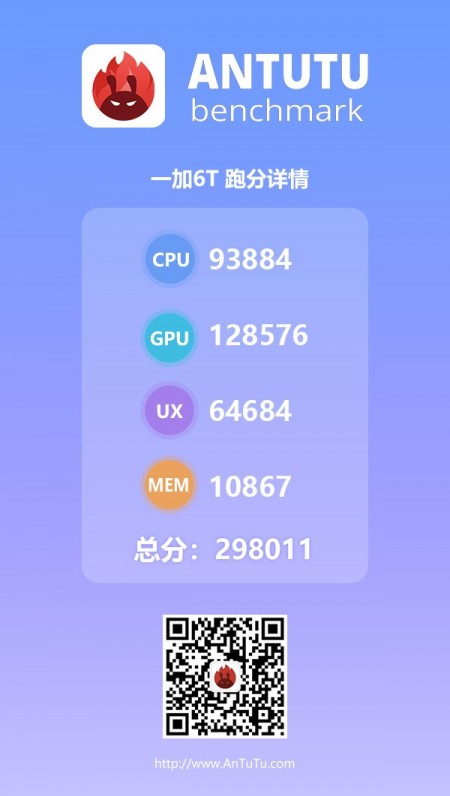 In any case, the score appears to be in line with what we got during our testing of the handset and we also have to see how the Mate 20s will perform with the new Kirin 980 on board. We can't wait to see the November ranking.

Reuters: the OnePlus 6T is coming to the US with backing from T-Mobile and Qualcomm

What kind of logic is that ?

Hackers don't care who you are or what you do as long as you connect to different networks. That way your phone could infect every device it connects to without you even knowing. So maybe they're not after you, but they're 100% sure that you go hom...

how about special white and red versions will be also by 6T available? like it was by oneplus 6?