The new watchOS 4 comes with three new watchfaces - Siri, Kaleidoscope, and Toy Story. The Siri watchface, as the name suggests, learns from your routine, and shows relevant information based on time and your location. It supports third-party app notifications and its machine learning will show you content from those if you need it.

Kaleidoscope face needs a picture from you and then it does а magical mashup and creates a kaleidoscope effect on your Apple Watch.

Finally, the Toy Story watchface isn't the same as Micky Mouse - it features Woody, Jessy, or Buzz in some funny animations.

Apple improved the fitness capabilities of the watchOS. The Workout app comes with a brand-new interface with tap and go functionality, swimming support and auto-generated goals. 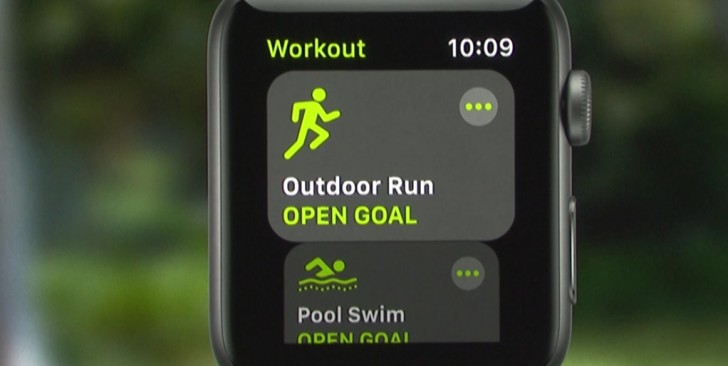 Apple worked with popular companies such as Cybex, Matrix, TechnoGym, Schwinn, LifeFitness, StairMaster and now Workout and watchOS 4 offer two-way sync with various fitness equipment. It works via NFC and you just need to tap your Watch to enable it on eligible equipment.

The Music app has been redesigned as well. It has an auto-sync option and you can set various settings for the app to offer you the best rhythm for your workouts.

Finally, the watchOS 4 can run more apps in background and this would benefit developers which may now use background navigation and audio recording, among other new APIs.

Apple watchOS 4 is going to launch as an update this fall, while the developer's preview will start seeding later today.

Apple gives you a gift card with a purchase of phones, tablets, PCs or headphones

I will wait for the Iphone 8 ( Iphone 7 is not worth the money) to come out and buy a Hermes Apple Watch at the same time.. These updates for the watchos is worth the money..

Does the Toy Story watchface enable laser beams from the iWatch like Buzz Lightyear! :P

It's not 3 watchfaces only. Seamless connection to major fitness equipments (cue gym rat consumers) and UI overhaul (cue average consumers) are the other two features Apple delivered to masses. As for the others, it's under the hood mostly for develo...