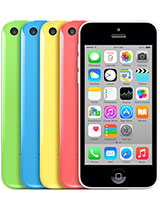 I bought this phone april of 2014, I only use it for music and internet browsing via wifi. I’m still using it now but the battery still surprisingly good because if I watch youtube it lasted for 4 hours!! I think I will use this for the next 2 years before upgrading. By the way it’s color is pink and 32gig version

Im getting fat after 7 years of announcements ip5c

I like how there are a lot of color choices

Does the 5c take a sim card

ParanaPixels, 15 Sep 2020My Brother owned this phone back then. Was good for gaming ... moreI own this iphone . The battery has stopped charging . How do I change the battery

I'm still using this phone and I can say it is good for his age. The camera is amazing, even though the dust got into it. Btw i have yellow color :)

My Brother owned this phone back then. Was good for gaming in the days, he had issues with the battery though. Bloated. I guess that happens if you play and charge at the same time. Otherwise, he really liked the phone.

AnonD-944609, 16 Jul 2020This phone is okay to keep as a backup, but don’t use it as... moreThat means you need to change to a new battery.. The current battery cannot hold charge anymore..

This phone is okay to keep as a backup, but don’t use it as a regular daily-driver because there’s an issue with the battery where when the device drains itself down to 30-40%, it automatically shuts itself down. Then when you power it on again, it prompts that it needs to be charged, but then when it does turn on, there’s a lot of battery life left.

i love every thing about but the screen is too small

techmessage, 01 Mar 2020This was my first iPhone (I had the blue one), and my first... morei have been a iphone fan for a 20 years now i did not have the money to buy iphone 11 but when i saw the iphone 5c i bought it and it was the best

I had one 16gb yellow version, its still functioning perfectly, just a crack in the screen cause i dropped it, now I’m using 6s tho simply because I can’t stand its small screen, now its just a second phone but the battery last better than my 6s actually. Camera is still okay but can’t compare to 6s