The upcoming Apple Watch Series 4, due to be unveiled alongside the iPhone Xs and Xs Max at the company's September 12 event, will come with a larger screen in the same overall form factor as its predecessor.

Past rumors said the size increase would be around 15%, and the first leaked press render of the device, which surfaced last week, seems to confirm that. Now a new report focuses on the smartwatch's resolution, which is also apparently going to best what was accomplished by previous Apple wearables. 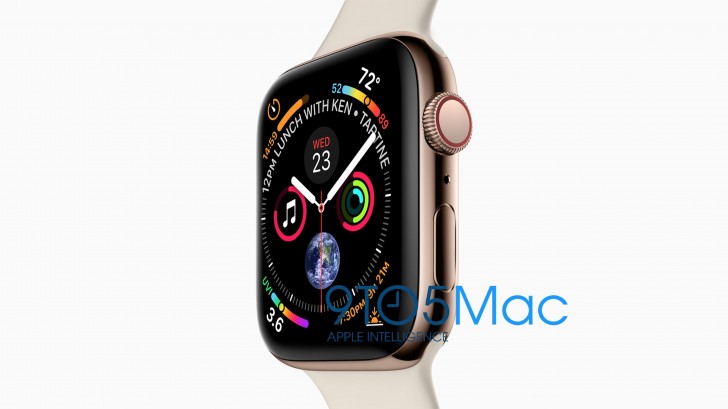 According to information found inside the latest watchOS 5 beta, the 42mm model of the Apple Watch Series 4 will have 384x480 resolution. That's up from 312x390 on the Series 3. The pixel density will apparently be improved too, from 303 ppi on last year's model to 345 ppi on the Series 4 watch.

What all of this means is that the Apple Watch Series 4 will be able to fit more on its screen. New watch faces will be included that will be able to take advantage of the extra real estate - such as the one depicted in the leaked press render above, which can display nine different complications.

Six Apple Watch Series 4 models were registered with the EEC

Poor battery then even a brand new phone needs a battery replacement aftzer 3-6 months only because you leave it on charger for so many haurs.

I do that. When going to bed my watch and phone going for charge. No matter how much juice is in them.

You have got so weird aesthetic sense.