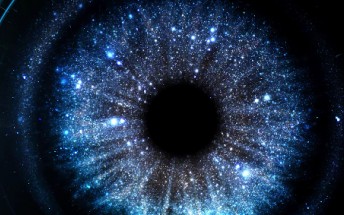 Earlier this month we found out that Asus will be present at CES 2017. Not only that, but the Taiwanese company has also scheduled an unveiling event under the Zennovation banner. This will take place on January 4. It wasn't hard to realize that this will all be about a new smartphone (or more than one) since the Qualcomm Snapdragon logo accompanied Asus' on the official invite.

Today Asus has put out its first video teaser for the occasion, and it's filled with great-sounding words uttered by someone with a British accent.

If you paid close attention, you've spotted the rough outline of a smartphone or two at around the 30-second mark in the video. Since they have different symbols on them, we may be in for two product announcements on January 4. On the other hand, we could just be looking at two different shots of the Zenfone AR, which was already promised by Asus for CES.

We'd say we're also likely to be presented with the first member of the Zenfone 4 family, which should logically succeed the Zenfone 3 branded devices from this year, but there's a problem. Asus launched a Zenfone 4 in 2014, so unless it wants to confuse people even more than usual it will probably have to pick a different name for its 2017 range.

Asus Zenfone 3 Max is now available for purchase in US

is this zenfone neo?

How do you know it?