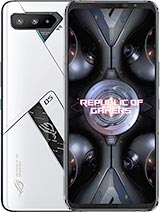 This phone have more ram than my available rom

This phone is a beast of a phone with all these specs... And with the price? Definitely worth it

why gsmarena makes 3 different pages for

all of them, they have more than 172mm

18 gb ram !! my phone has 8 gb internal memory I'm afraid of this world

This phone is an absolute beast

Foxtrot2Novmbr, 10 Mar 2021Flagship Killer specs. But only has 512GB of internal stora... moreThis comment is worded exactly like a bot posted it. Like to comment it on every new phone you'd only need to type this in whatever code you use,

The context only makes it seem more like a bot posted it. Flagship killer? This is 1300 euros. That's twice the price of some flagships, let alone a cheap flagship killer. And 512 gigs? "only"? Not every flagship even has a highest end model with 512 gigs and you're complaining about the 512 gigs in this not being enough?

I get that it's not posted by a bot, but you're a human. Act like you have human intelligence.

If they're gonna call this "Ultimate" they better have one hell of a cooling system in there. And you know they won't. This isn't ZTE. It's terrible Asus.

No Wireless charging? No Ultimate i guess.

so the vanilla is 800 and ultimate is 1300.
yet the ultimate have monochrome back, all the other specs are same, i cant understand the price hike, only increasing ram will shoot the price that high? i doubt it.
its the name which makes it expensive,, the ULTIMATE.

Had the Ultimate added mmWave, replaced macros with telephoto, and added 2K, this would have made the extra $100 worth it...

I love the white design but I can't justify that price (despite being the same as the S21 Ultra).

Olym1mk2, 10 Mar 2021Still no ip rating. Why 18gb ram? No computer use such weir... moreping all depends on phones now apparently