Beats Studio 3 Wireless headphones with Active Noise Canceling (Pure ANC) represent the peak of Beats consumer offerings. Now packing Apple's W1 chip, we've been using these for a while now to see how they perform.

Beats Studio 3 at a glance

Beats continue to provide very Apple-esq packaging. Upon opening the box, you are presented with the hard carry case which contains the Beats Studio 3 wireless headphones. The other items in the box are the RemoteTalk cable for wired use, the Micro-USB charging cable, a carabina clip for the hard carry case, Quick Start guide and the obligatory Beats logo sticker. 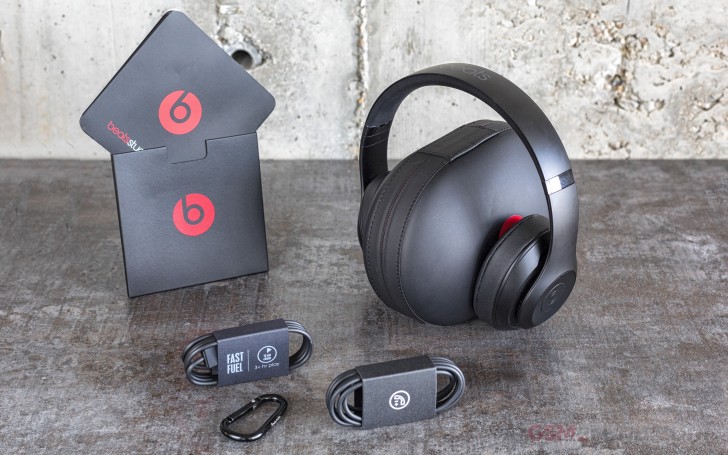 They are of a collapsible design with metal hinges. Dependent on the color that you select the hinge will be either gold, black or silver. When unfurled, the cups extend to provide both a comfortable fit and lock the hinges preventing them from collapsing when in use. The inside of the headband is cushioned and being an over the ear design we didn't struggle finding a comfortable if somewhat close-fitting fit.

On the whole, the build quality is good, and you won't be left feeling short-changed. That said, the only mark against them is a slight ‘plasticky’ feel and sound when using the volume and play/pause buttons on the left cup when you’re wearing them. 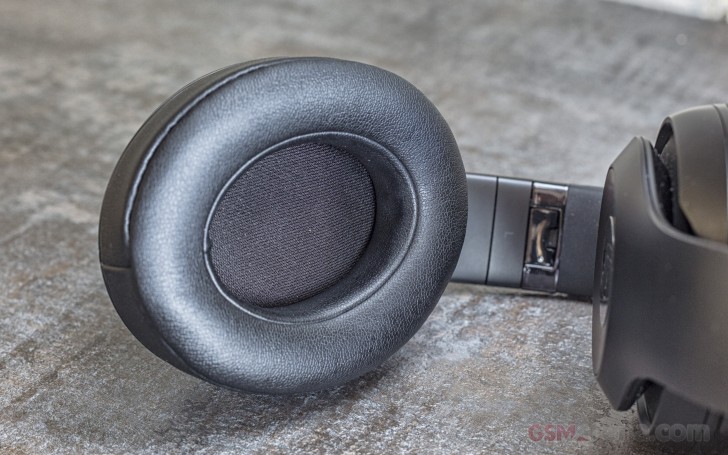 On one warm day in the office, the ear cups caused us to sweat slightly, this isn't unique to the Beats Studio 3's though but non the less, we wouldn't recommend these as gym headphones.

We purchased the Matte Black Beats Studio 3 headphones preferring their stealth bomber black vibe. However, you shouldn’t have much problem finding a color scheme to suit as they come in additional colors including Shadow Gray, Porcelain Rose, White, Blue and Red. 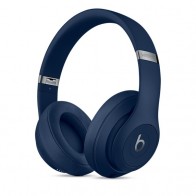 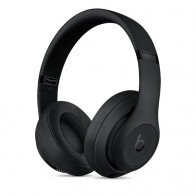 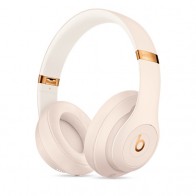 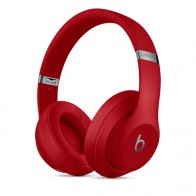 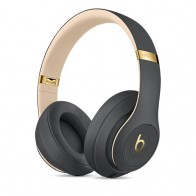 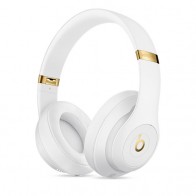 When pairing with an iPhone running iOS 10 or later, you'll see the only visual clue of Apple's W1 chip at work. The W1 chip sits on top of Bluetooth and combines with iOS to enhance the pairing process and optimize battery life among other things.

Holding down the power button places the Studio 3's into pairing mode, any iOS device held near the Studio 3's initiates a popup to appear. Headlined by an animated image of the headphones rotating you're prompted to 'connect.' Accept, and you're done, couldn't be more straightforward.

Once paired with one Apple device, iCloud syncs your device across all your other Apple devices including iPad, Mac, Apple Watch and Apple TV for playback.

Of note, within Bluetooth settings on an iPhone 8 Plus running iOS 11, you can also enable and disable the Active Noise Cancelling (ANC) - a nice touch.

If you're packing an Android-powered device, you merely pair as you would any other Bluetooth device, but you lose any of the advantages that the W1 chip provides. Other reviewers have stated that they had problems pairing with non-Apple devices, but we didn't experience any such issues. We successfully paired the Beats Studio 3 with our Samsung Galaxy S8+, Sony Xperia XZ Premium both running Android Nougat. Even pairing with my trusty gym phone, a Moto G 4G running Lollipop proved straightforward. It could well be that a firmware upgrade has resolved this but it may we worth testing on a demo unit at your local retailer first.

You're pretty much covered with the controls on the Studio 3's with most, if not all, bases covered. We've created a Quick Guide (below) detailing them. A couple of notable points, firstly Active Noise Reduction (ANR) is active when the headphones are first powered up, with a quick double tap of the power button disabling ANR, repeat to re-enable. Usefully a quick press of the power button also shows the remaining charge via the LED Fuel Gauge.

A long press of the 'b' on the left cup activates whatever digital assistant is supporting your daily lifestyle. Siri on iOS, or in the case of our Samsung Galaxy S8+ either Google or Bixby. 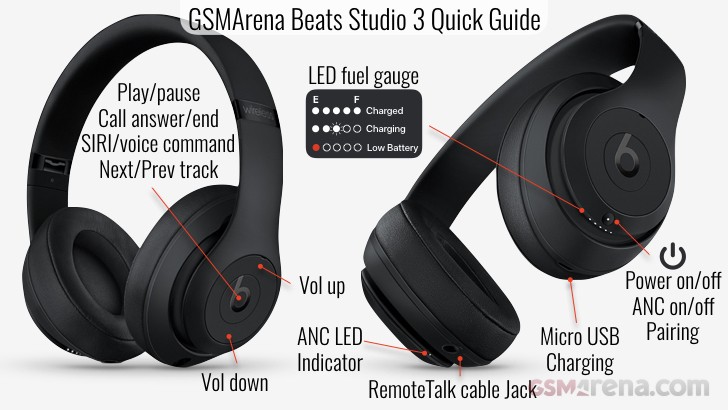 Moving onto the subject of battery life, the Studio 3's excel offering a claimed 22 hours with ANC enabled. In our tests, with ANC enabled playing audio from an iPhone 8 Plus with the volume level set to 50% we achieved 24 hours. With ANC disabled you can double that. If you're caught short, with Fast Fuel, a 5-minute charge provides you 3 hours of battery life.

Downsides? A couple. In our battery tests for Android devices we achieved 16 hours with ANC enabled, not too shabby but not up there with the W1 Chip enhanced iOS eco-system. Amazingly, at this price point, in 2018 we're faced with a Micro-USB port for charging. Ok, we may have an abundance of these in our 'man draws' but seriously. The cheaper Beats X utilize Lightning to save space, but USB-C or Lightning should be adopted across the Beats range.

Now to the subjective topic of sound quality. While less 'beaty' than past offerings they're still for heavy bass fans. With no equalizer, without exception, the sound is still bass biased losing some of the crispness from the highs and midranges as they become muted when the bass kicks in.

Spend some time in your devices equalizer though and you can re-address the balance to a certain degree. 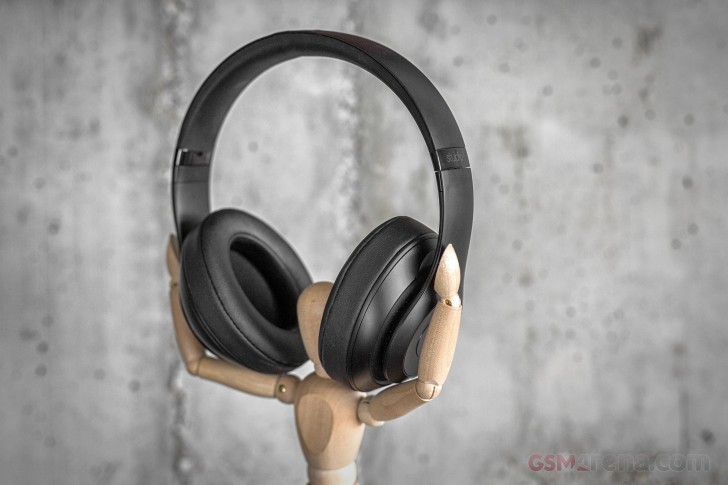 Unsurprisingly we encountered no noticeable difference when playing tracks with ANC disabled or enabled.

Speaking of which, the raison d'être for ANC headphones is isolation, and in most conditions, the Beats Studio 3's conform. With the over-ear design providing a basic level of noise isolation and backed up by the Active Noise Reduction, the Beats Studio 3's do a good job of keeping out the outside world without you having to crank the volume right up. So far so good. The one notable exception is listening in high wind, the effect collapses and distracts from your audio enjoyment. To be fair though, this impacts most ANC headphones.

Without any audio playing, ANC manifests itself via a noticeable background hiss, while observable it doesn't in any way deter from the overall experience when listening.

Completing the circle, call quality, was acceptable when taking or making calls, with recipients stating that you sound quiet with background noise prevalent - no noise canceling goodness here, but you won't be buying them for making calls right? 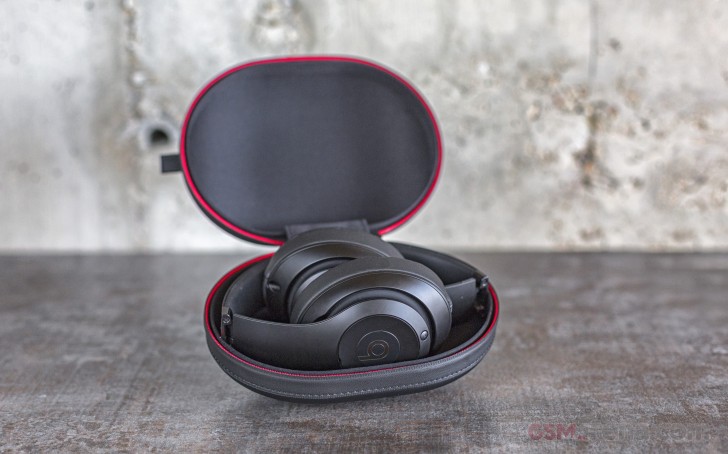 Once known for their very bass biased sound and questionable build quality, it's clear to hear and see improvements in both these areas. Given that, they're still Beats by Dre so don't be shocked by their bass-heavy bias.

Given the above, the Beats Studio 3 are a considered purchase. If you're a Beats fans, you won't be left wanting, while your devices equalizer settings can temper the bass. The ANC is capable, and if you're packing an iOS-powered device you'll see longer battery life.

For audiophiles, there are better-sounding headphones out there such as the Bose QuietComfort 35 and Sony still lead the way when it comes to ANC with their Sony WH-1000XM2.

Apple's BeatsX wireless headphones are finally out on February 10

Why can’t I pair my blue tooth beats studio 3 with my iPad Air 2. Please help!