A black suit is stylish, but it can get boring. The BlackBerry Key2 Red Edition adds a pop of color to the otherwise serious business phone and it comes bundled with a matching pair of red earbuds in the retail package.

The Series 7000 aluminum frame of the Key2 has been painted red, you can also see the color around the keys. It doesn’t go too wild, though, as it keeps the textured back (which is super grippy) as well as the hardware keyboard painted black. 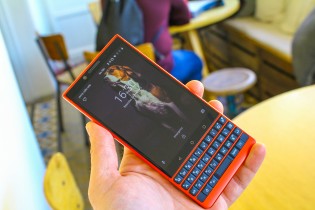 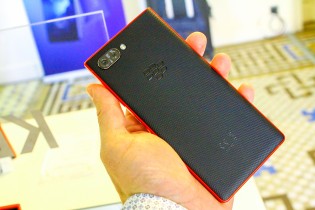 The Red Edition comes with 128GB of storage, previously only on the Dual SIM edition in black (which wasn’t available in North America) had that much storage. This one will launch in North America, Europe, the Middle East and Asia.

Buttons on the right • 3.5mm jack on top • USB-C on the bottom • Nothing on the left 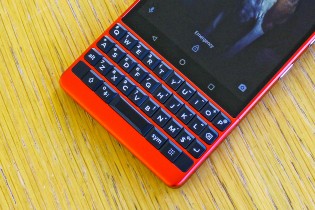 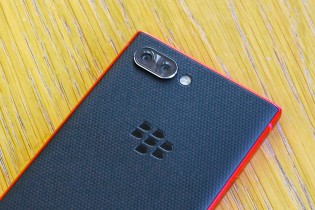 The Red Edition also brings a software enhancement. The Hub+ app gets an Action bar with vital, easy to reach shortcuts – search, sort and compose. BB also redesigned the Hub and Calendar apps with a more modern look.

Starting today, the BlackBerry Key2 Red Edition can be pre-ordered across Europe from the official online store.

Pre-orders for 128GB BlackBerry Key2 are now live in China

Keyboard is subjective. LE has a better space bar than Key 2 as it feels like the rest of KB, for the other keys, Key 2 has more travel, more tactile feedback, 10% bigger keys, nicer printed letters, but keys are slightly wobbly compared to LE. Overa...

As usual, always haters on posts...but try not to criticize something if you haven't tried it. Some people in my office were making fun of me for having an old school keyboard until I challenged them to a blind typing contest...guess who won ! Then...

Blackberry, became a joke of the company. 750 euros for outdated peace of garbage. I am sure people will buy this "amazing" phone just to feel that clicky sounds of physical buttons... not.