Brazil’s National Telecommunications Agency (aka ANATEL) has published its certificates of the Samsung Galaxy S9 and Galaxy S9+. The document contains some legalese, but the juicy bit is the battery capacity. 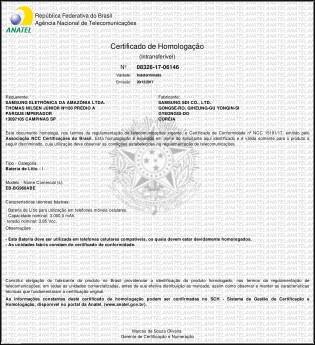 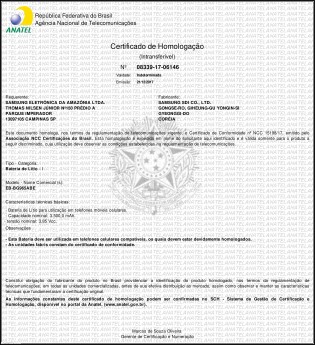 Certifications for the Galaxy S9 and S9+ by ANATEL

The battery model numbers match the ones reported by the FCC – EB-BG960ABE and EB-GB965ABE. Note that the “G960” part matches the phone’s model number.

The new Galaxy S9 duo will come with new chipsets – Snapdragon 845 and Exynos 9810 – which are more power efficient than the current selection of chips. The Qualcomm chip for example promises a 30% better power efficiency.

So what? If you are well informed, technology in batteries has 0 improvement in the last years. The difference is that phones are getting bigger, so, more room to put bigger batteries and also chipsets are more power efficient. Look at what Apple can...

my LG G2 from 2013 has 3000 mAh battery too. Seems that 5 years later there is no much of improvement on battery size.