Xiaomi launched the Mi 10 Ultra with mind-blowing 120W wired fast-charging. The phone is unlikely to escape China raising the question whether we’ll be able to see a proper teardown on YouTube, revealing the heat dissipation situation.

Thankfully, the company itself posted a neat video where the device is stripped down to its internals, showcasing even more details than we would’ve seen in any third-party video.

The clip is about two minutes and is pretty straightforward - there are no cheap jokes or puns, just animations, closeups, and details. The first thing we see when removing the back panel is the NFC chip and the coil for the 50W wireless charging.

Xiaomi reminded that if the Mi 10 Ultra is sitting on the proprietary charger, it can get from 0 to 100% in 40 minutes - something competitors are not able to reach even over the wire.

Speaking about absurd speeds of charging, the 4,500 mAh battery tops up in 23 minutes thanks to its dual-cell solution. Then, the decorative element over the camera is removed and Xiaomi reveals some of the sensors behind the lenses - the periscope cam bends light through a prism that goes into a 48 MP Sony IMX586 sensor - it is so magnificent, it used to be the go-to sensor for main cams back when the Xiaomi Mi 9T Pro was announced. 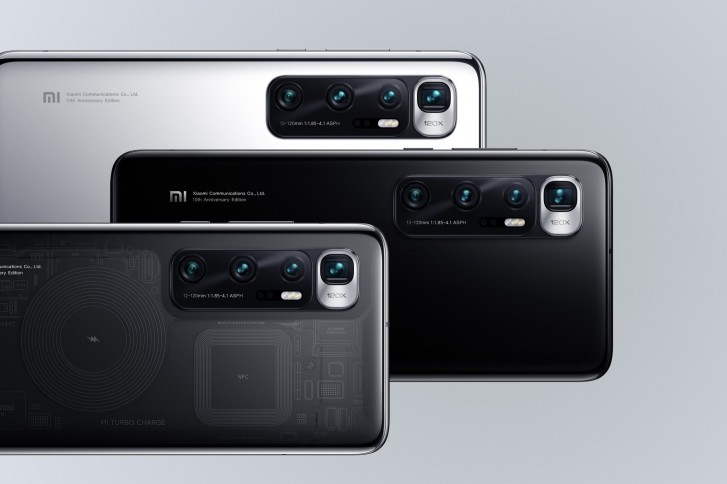 Xiaomi implemented three cooling solutions - a graphene-copper sandwich for the chipset, RAM, storage, and modem; additional graphene sheet, combined with a copper cooling chamber with vapor underneath the front panel; and an additional highly-conductive film, sitting right between the optical fingerprint scanner and the OLED, helping to dissolve the heat across the 110 sq.cm display.

Key screengrabs from the official teardown

The video also confirmed there is X-axis vibration motor sitting right below the battery, while the earpiece is also acting as a second speaker for stereo sound.

This unique ensemble, protected by Gorilla Glass 5 on the front and Gorilla Glass 6 on the back is scheduled for its first flash sale this Friday, August 21, with prices starting from CNY5,299 ($760).

even if it would go out of china, i bet you wont buy it anyway

then respect others opinions also.