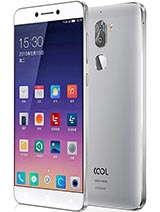 When any incoming or outgoing call in done on this device, then the UI automatically open unwanted things like (apps: messages, contacts, or third party apps) during the calls.
How to fix it?

i have wifi problem, plz help me. when i turn on my wifi i did not get any server and i can't scan and i can't add a new wifi network. what should i do?

i have wifi problem plz help me. im turning on my wifi but i dont get any server and i can't add new wifi network what should i do?

I have had plenty of problems with this phone, such as, fast discharging of the battery, sim not detected, etc. I would recommend not buying the phone.

Nirali Sharma, 21 Aug 2017I just bought coolpad cool 1 32gb-3gb from Amazon. I noticed tha... moreI was bought this phone but after 6 month the phone raised various problem such as slow charging,decreased bettry backup,the phone take 8 hour to full charge so, I request you to replace the phone

how can i change the display, its broken and not available in Bangladesh

Mani, 21 Nov 2017after 1month it started showing black lines on d screen no respo... moreI buy coolpad cool 1 i use 15 day then on my screen black horizontal line come how to fix it please tell

Anonymous, 05 Feb 2018Can anyone tell me is call recording app working properlyset ur country in china...

Anonymous, 12 Apr 2018can i buy this phone it's batter phone rather than redmi device?Yes it is very good than redmi

can i buy this phone it's batter phone rather than redmi device?

how will company provied naught update for coolpad cool 1

Been using this amazing phone for weeks and so far it's doing great. Mine's 32gb rom 4gb ram. I only have 2 downsides but not a big deal, 1. Charger wont last long, need to replace a better one from other trusted brand and problem's solved. 2. Fixed internal as it's not expandable but for me, it's not really an issue as i'm not into apps that much. Just few necessary ones. Game? Just a8 and it's so smooth. Considering its price, it's cheaper than redmi note 4x with much better processor. In our currency, redmi note 4x is around 7-8k but i bought this just 5.9k. By far, the cheapest device that runs sd652. And quality is just great. &#127867;

Does it really have WCDMA 1900mhz(B2)? because i saw a user review where shows user manual photo with only B1 and B8

nithi_david, 21 Mar 2018the software has been released go to www.coolpadindia.com and se... moreIve been trying to download the ota update in coolpadindia butnit doesnt work/download, it only keeps on saying try again or repair your download. Though my net is stable, idk what could be the problem. Anyone?

Whether coolpad cool1 get nougat update